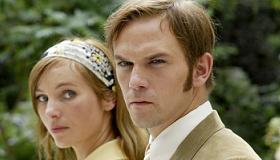 Judging by their previous collaboration alone (1989’s Last Exit to Brooklyn ), director Uli Edel and producer/screenwriter Bernd Eichinger’s Oscar-nominated history tutorial would warrant a gander. If political militancy and revolutionary fervor are of special interest, The Baader Meinhof Complex is a must-see. Because it clocks in at two and a half hours and is subtitled, don’t expect its comprehensiveness and engrossing qualities to translate into significant North American receipts, although the zeitgeist will probably ensure a decent per-screen performance.

Stefan Aust’s book of the same title is considered the standard account of West Germany’s Red Army Faction (RAF). The RAF, in one form or another, caused havoc throughout the country and occasionally beyond for roughly a decade. The filmmakers adopt Aust’s dispassionate, factual methodology and it serves them well. They begin with the killing of a protester by police during a demonstration surrounding the Shah of Iran’s state visit in June of 1967. That event was crucial to the transformation of Ulrike Meinhof (Martina Gedeck) from mainstream, left-leaning journalist to terrorist. Together with hotheaded Andreas Baader (Moritz Bleibtreu) and his girlfriend Gudrun Ensslin (Johanna Wokalek), Meinhof, the mother of young twin daughters, founded the RAF in 1970.

With Baader acting as the sword and Meinhof the pen—and Ensslin playing any role she felt necessary according to the circumstances—the RAF directed their anger at numerous ideological targets, including, in no particular order: capitalism, American imperialism, the Vietnam War, the state of Israel and West Germany’s complicity with all of the above. The civil unrest they fomented as Germany’s Most Wanted was a more radical outgrowth of sentiments common in many countries during the period. Of course, one thing that made the German situation different was the legacy of National Socialism and the nation’s recent fascism. The first post-Nazi generation had a lot to work through and many didn’t want bourgeois timidity to determine the country’s direction. It’s no surprise that pent-up anger combined with countercultural feelings and genuine political beliefs led to homegrown terrorism. It didn’t help that German authorities were in a uniquely precarious position in trying to deal with it. Simply put, they couldn’t be perceived as taking too hard a line.

This dimension is explored in occasional scenes featuring the relatively enlightened head of the German police force Horst Herold (Bruno Ganz)—quoted as declaring, “Banging heads won’t work in the long run.” Otherwise, the film is a long, engrossing chronicle of the urban guerillas’ exploits, with some title cards (but little else) thrown in to provide context. Fortunately, the narrative line is well-defined, with the series of planning sessions, bombings, bank robberies, shootings, arrests, imprisonments, hunger strikes and trials speaking for themselves.

Eichinger’s screenplay is based on the actual writings of the principals, historical documents and transcripts. Edel makes liberal use of archival footage and news reports from the period. Call it what you will—Cinéma vérité, docudrama, or realism—but it works. What may be lost in terms of color or psychological texture is offset by gains in authenticity and immediacy. The production design and sets—helped by filming many scenes at the actual locations where they took place—are impeccably detailed, down to the number of bullets fired (as based on police reports). The action sequences are vivid and explicit, without seeming sensationalistic. The three main performers are terrific, as is the always authoritative Bruno Ganz (who played Hitler in Eichinger’s Downfall ).

Although The Baader Meinhof Complex lives up to its on-screen billing as “A True Story” more than any other recent film burdened with that claim, the apparent evenhandedness and objectivity of the project can (and should) be challenged. It’s difficult to avoid a residual romanticizing of the terrorists, not least because they come off as so persuasive and dogged. Those with detailed knowledge of the events, either from having lived through them or having studied them intensively, will be in the best position to detect exaggerations and slants. But to the average, disinterested viewer, the closest the movie comes to editorializing is in the choice of songs playing over the opening and end titles—Janis Joplin’s “Mercedes Benz” and Dylan’s “Blowin’ In the Wind,” respectively.

Adding to the film’s resonance is that it makes you ponder the roots of political terrorism, including instances of such terrorism that took place after 1977, when the RAF ceased to exist. The main take-away from a more localized perspective is that Baader, Meinhof and company backed up their beliefs with action and, quoting one of their comrades in the film, “determined their own situation until the very end.” For their part, Edel and Eichinger have given an under-explored episode in recent European history a serious and seriously entertaining treatment that stands on its own cinematically and historically.