close
Best when viewed as a sprawling period piece 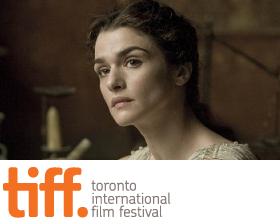 Featuring striking panoramas and diligently orchestrated battle scenes, Agora is a feast for the eyes. Clearly not satisfied with a mere historical epic, writer/director Alejandro Amenábar (who won the Academy Award for best foreign-language film, The Sea Inside in 2004) strives for the monumental epic. It is the 4th century AD, and the Roman Empire is crumbling as religious wars rage. Christians are swelling in numbers and taking the reins from the hapless pagans. At the same time, Amenábar recounts the life and work of the famous philosopher Hypatia (Rachel Weisz ). Her investigations into the earth’s place in the universe form the intellectual crux of the film. There’s even a love triangle, but it fails to ignite. Put simply, there’s just too much going on for every theme to resonate as it should. Agora is best enjoyed as a rousing period piece. Everyone loves a good spectacle on the big screen so the returns on this film will be more than respectable.

Touted as the end of civilization, the fall of the Roman Empire is presented as such. The pagans live and work in the central library, honoring ancient teachings that reveal to them the profound truths of the universe. The often clinical logic of philosophy prevails and the pagans stubbornly cling to these books, both physically and intellectually, as the source of their world order. When the Christians smash through the gates of the library, it is not singly the safety of the books that is at stake.

Rachel Weisz gives an understated yet highly evocative portrayal of Hypatia, one of Alexandria’s leading philosophers. She devotes her life’s work to investigating the relationships between the primary celestial bodies. Hypatia becomes obsessed with the notion that the sun revolves around the earth, one of the major tenets of her belief system. Something strikes her as wrong about this—but, how to prove it?

Hypatia’s sheltered existence as a scholar is shattered by the love of two very different men, neither of whom she can accept; her work is too important. Relative unknowns Oscar Isaac (Orestes) and Max Minghella (Davus) are memorable as the suitors whose smoldering passion receives no relief. Orestes is the former pupil who neglects his beliefs to attain power while Davus is the former slave who follows his conscience. Both become entangled by the political intrigue that eventually surrounds Hypatia, and it is the helpless pain that each feels for her fate that redeems this underdeveloped storyline.

As an underclass, the Christians displayed a compassion and humanity that was palpable. Once in power, however, they demand blind faith and silent acquiescence. Amenábar reminds us in Agora that absolute power corrupts absolutely. Both the cool logic of philosophy and the warmth of compassion are replaced by religious fervor. In other words, the noblest of beliefs can be distorted in the hands of the wrong people. Behind the pomp and circumstance of the film’s spectacle, Amenábar carefully organizes the dramatic details to prove that a marriage between logic and compassion is best. It’s a message that often gets lost in this grand vision but a satisfying one nonetheless.