close
Could be Jane Campion’s biggest success since The Piano 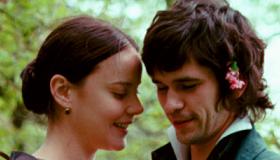 This costume drama avoids all the clichés of the genre. Bright Star depicts the affecting and deeply felt love affair between the Romantic poet John Keats and Fanny Brawne, the headstrong and independently minded girl next door. Their mutual attraction, despite obvious differences, deepened over the short time they had together. With fine performances from the two leads (Abbie Cornish and Ben Whishaw) and strong supporting cast, headed by Kerry Fox as Fanny’s mother, the film should have masses of appeal to lovers of period drama. Jane Campion’s return to the screen after a gap also will whet appetites.

Jane Campion has made something of a specialty out of presenting strong female characters with wills and minds of their own, from Sweetie and An Angel at My Table to The Piano and onwards to A Portrait of a Lady.

It is easy to see why she became almost as infatuated as the poet John Keats with the witty and fearless Fanny Brawne, his next-door neighbor in Hampstead in London around 1820.

What in lesser hands could have become an immaculately observed period piece instead soars to creative heights with its literate and knowing script. Another of the film’s strong suits resides in its design, for although the sense of the time is depicted with preciousness; neither the costumes nor the settings get in the way of the story or characters.

Fanny, as played by Abbie Cornish, emerges as a highly modern young woman with a mischievous sense of fun; a sense that develops into fully-fledged passion as her relationship with the poet John Keats deepens and progresses to its ultimately tragic conclusion.

Ben Whishaw as Keats is perfectly matched, his deteriorating health almost pushed to one side as his love for Fanny grows and blossoms in a close-knit family setting. Kerry Fox makes a strong and quiet impression as Fanny’s mother and Paul Schneider has an equally good turn as Charles Brown, Keats’s long-time ally and sponsor who only reluctantly makes room for Fanny in the friendship.

Campion’s innate sense of story-telling technique meshes the strands together, all adding up to a study in passion and tragedy that vigorously holds fast to period sensibilities and so keeps an audience firmly in its embrace.

Campion’s decision to opt for simplicity in the department of costumes, set and even music pays handsome dividends, allowing the core of the narrative to be crystal clear and uncluttered by obtrusive decoration.

Bright Star (the title is a quote from one of Keats’ poems) could give Campion one of her most satisfying receptions since The Piano.