close
A somewhat successful new take on an old tale

on September 21, 2009 by Barbara Goslawski
Print 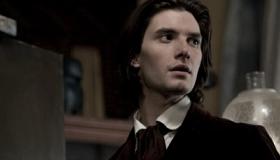 Oliver Parker’s latest film, Dorian Gray, is a puzzler. This adaptation of Oscar Wilde’s Victorian novel, The Picture of Dorian Gray, is an uber-modern take on a classic story. The famous book about the painting that deteriorates while its beautiful subject remains perfect is a tricky one to adapt to screen. The problem lies in Parker's interpretation—on his very translation. Revisionism is an effective strategy but it's really a matter of degree. The reaction to this film is likely to be one of either love or hate.

Dorian Gray is essentially about the tension between good and evil, especially within the individual. While Victorian society demanded propriety, they acknowledged that temptation was its unmistakable partner. Any upright citizen could succumb to vice; everyone would eventually encounter their doppelganger.

Every tale of descent into decay requires an instigator, a puppet master to control and ultimately destroy his unwitting pawn. Colin Firth gives a commanding performance as Lord Henry Wotton (Colin Firth), the cynical aristocrat increasingly driven by his own sexual appetites. He’s tired of his own exploits and wants to share, and so it becomes a game to him, one in which he tests just how far he can push other people. This character reminds one of John Malkovich in Dangerous Liaisons, but Firth’s performance is more menacing because it’s so contained. Wotton takes the young and innocent Dorian (Ben Barnes) under his wing when the latter arrives in London and introduces him to London's hedonistic side—Dorian willingly takes the bait. Barnes is well cast as Dorian, exuding a sexually laced naiveté that is captivating.

Parker’s Dorian Gray is nevertheless the very picture of decadence. Parker maintains a dizzying pace that is often exhilarating. The dialogue is consistently snappy: luckily Wilde himself had a great way with words. And the style of the film is grand. As camera cranes rove over vast Victorian interiors and landscapes, dizzying collages of hedonistic celebrations and rapid fire editing drive the film into greater and greater intensity. The clash between the rich color of the interiors and the bleak views of the streets is particularly striking.

But when it came to gothic tales, Victorians allowed for the imagination to create the horror, a much more powerful tool than anything representational. But Parker enlists the most modern technology at hand, the most graphic special effects, to create an actual monster, a growling spitting thing that grows into a 3D terror. Essentially, the metaphor comes to life! It's a visual manifestation of what should be happening psychologically, and it's a huge mistake.

By leaving nothing up to the imagination, Parker destroys the very essence of the film. The story’s vital moral core withers and the dynamic changes. Wilde’s narrative gift and the genius of Dorian's story, lay in his ability to slowly but consistently nudge us into suspending our disbelief, an ever suspenseful and maddening process that is downright enticing. It’s like being prodded into giving up one’s inhibitions. Instead, Parker pulls up the curtain rather quickly and declares, ‘Look what I brung ya.’