close
Fame 2.0 has energy to spare but lacks creativity 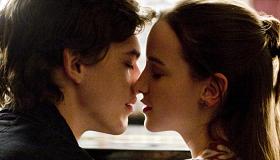 Fame 2.0, or simply Fame, MGM's teen-friendly remake of its beloved 1980 musical drama about aspiring artists at Manhattan's High School for the Performing Arts, offers a new ensemble of high-energy students but fails to capitalize on any groundbreaking social trends from the past 29 years. More cautious retread than clever reinvention, veteran choreographer and first-time director Kevin Tancharoen fails to match the emotional grit of Alan Parker's original movie. To its credit, the musical remake has plenty of jaw-dropping dance numbers and a breakout performance by Naturi Naughton as a classically trained pianist who wants to be an R&B singer. The Lakeshore Entertainment and MGM co-production will prove popular with the High School Musical teen girl fan base but poor critical reviews will dampen crossover business from adult fans of the original movie. Fame will easily outperform the $21 million gross of the 1980 original but fall far short of the $90 million box office totals of High School Musical 3 or the Julia Stiles high school dance drama Save the Last Dance.

Fame 's best moments occur at its beginning, as would-be students pin numbers to their shirts and prepare for their do-or-die school auditions. Fast-paced, buoyant and without all the character clichés that hamper the rest of the movie, Fame starts out like a teenage version of A Chorus Line, and Tancharoen makes good use of his mostly unknown and exuberant cast. The new students are as diverse as New York itself, including a rich girl (Kherington Payne from So You Think You Can Dance ), a Latino from Spanish Harlem (Walter Perez), a poor kid from Brooklyn (Collins Penne) and a film nerd who resembles Michel Gondry (Paul Iacono, who's an alum of Fiorello H. LaGuardia School of Music & Art and Performing Arts).

Once school is underway, screenwriter Allison Burnett ( Resurrecting the Champ ) pulls out all the clichés in order to cover every teen crisis and character type. Subplots include budding romances, argumentative parents and failing grades, but not a single surprise.

Strong supporting performances from Kelsey Grammer, Bebe Neuwirth and Fame veteran Debbie Allen offer familiar faces but fail to overturn the two-dimensional nature of the movie. True to Tancharoen's work as a choreographer to Britney Spears and other musical artists, Fame 's best moments are its elaborate dance numbers including a tribal routine that would do Josephine Baker proud. The other big moments belong to Naughton, who played Lil' Kim in the indie drama Notorious and performed with the girl group 3LW. Naughton matches Irene Cara when it comes to performing the famous title track although her closing performance is anti-climactic.

For Tancharoen, Fame is fast-paced, glossy and likable enough to ease some of the pain from its sophomoric storytelling. It's also the first shot in a feature film career for the choreographer and TV director with plans to direct an upcoming sci-fi, martial arts movie.

Unfortunately for MGM, which is experiencing its share of financial drama outside theaters, Fame will fail to match High School Musical -like box office and give the struggling studio a much-needed hit.

However, its larger home video audience will prove to be a career boost to Naughton as well as the rest of the film's young ensemble. The core fault of the film, its poor storytelling, has nothing to do with their performances. Like the students in the film, they gave Fame their all, losing cause or not.