Love and Other Impossible Pursuits

on September 21, 2009 by Barbara Goslawski
Print 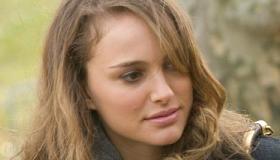 This Natalie Portman vehicle seems tailor-made for the maturing star. Her allure was undeniable in the Star Wars films, and the subtler nuance of her gifts emerged in The Other Boleyn Girl. In Love and Other Impossible Pursuits, Portman tackles a complex lead role. Emilia Greenleaf is an emotionally unaware young woman, forced to come to terms with her personal limitations after she marries a man with a young son. Lisa Kudrow, as mother and first wife Carolyn, fills out the cast with TV regular, Scott Cohen ( CSI and Law and Order ), as Emilia's husband Jack. With such a cast and such a story, this film will garner healthy returns.

Writer/director Don Roos certainly provides the requisite breathing room for Portman and the other actors. His style of filmmaking is gentle and supportive—an actor’s dream, really—and it gives the performers the space to shine. As Executive Producer, Portman certainly doesn't hide her eagerness to flex her muscles. Too bad she’s not quite up to the challenge. The camera loves her, no doubt about it, and her fans will certainly be pleased. It’s an emotionally charged role and she’s certainly a trooper, she just can’t manage the deeper and ever changing gradations demanded of her role.

The film tackles some convoluted issues affecting modern day couples and families. As divorce rates soar, contemporary families have opportunity to become more perplexed in their inner dynamics. What is a little boy to do when mom and step-mom hate each other? And when step-mom is not so loving herself? Portman, as Emilia the step-mom, has the difficult task of portraying a character that is mostly overwhelmed with her new responsibilities. She is not a bad person but she's obviously flawed and more than a little unlovable—and she does resent the little devil.

But she tries. Emilia really does seem committed to some notion of family. She and Jack have both made mistakes and she is determined to overcome them. Oddly enough though, she is vehemently hyper-critical of her own father, who made a big mistake but is clearly a decent man. This blind spot is the key to Emilia’s own psychological blocks

Love and Other Impossible Pursuits struggles to uncover insights into modern relations and, for the most part, it succeeds. The film juggles many issues, and most get their due. But the main crisis is given short shrift, over before it’s even begun. Similarly, some moments are simply played at too high a pitch and the acting, especially by Portman, can’t overcome them. Lisa Kudrow, as the discarded first wife, gives a highly disappointing performance. In her role as a doctor, she simply should be more balanced as an individual. Instead, Carolyn is such a manic bitch as to be absolutely unbelievable.

The more snarled the situation becomes, the more Portman's Emilia is helplessly lost. The best she can manage is a well played fit of crying. Besides those unfortunate moments, the film is a valiant effort in an impossible situation. Both Portman and Roos deserve credit.
Distributor: Incentive Film