close
On connections: human or otherwise.

Up in the Air 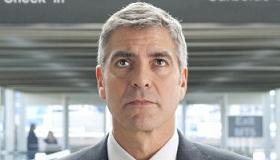 Up in the Air has got genuine movie star wattage working on all cylinders. George Clooney plays a carefree, commitment-free corporate downsizer whose career, lived mostly on the road, is threatened when his company plans to replace his unique skills with an online program. Director and co-writer Jason Reitman follows up his Oscar-nominated work on Juno with this sharp, funny, perceptive comedy that represents his most mature and personal work to date. Commercial prospects for the winning holiday release are stellar, particularly for adult audiences looking for the kind of Class-A entertainment Up In The Air represents. For Clooney fans, it’s pure nirvana.

Ryan Bingham (Clooney) has a great job as a Career Transitional Counselor. For this he travels the country firing people for companies too chicken to do it themselves. He’s good at this and the occasional motivational speeches he gives preach the kind of non-commitment he lives his own life by. Spending 322 days a year in airports and colorless Hilton Hotels, he says he is only miserable the other 43 days he has to spend at home in Omaha. Striking up a casual sexual relationship with an attractive businesswoman, Alex (Vera Farmiga) who is clearly his counterpart (“think of yourself as me, only with a vagina,” he says at one point), life could not be better. Then his boss (Jason Bateman) tells us a brash young 23 year old executive has come up with a way to can people online, saving the company millions in travel and logistics. Sending this hotshot young woman, Natalie (Anna Kendrick), on the road with Ryan to learn how to do the business, Bateman gets more than he bargained for as the odd couple butt heads and both reveal unforeseen vulnerabilities. Along the way Natalie learns there’s more to life than being the smartest kid in class and Ryan learns his lifestyle may not be all that.

With Reitman’s and co-writer Sheldon Turner’s sparkling and sophisticated dialogue, this loose adaptation of Walter Kirn’s novel provides Clooney with his most winning and complex role in some time and he delivers with an outstanding, beautifully balanced portrayal of a man who is essentially lost somewhere in the skies and just doesn’t realize it. Kendrick could not be better—or more obnoxious at times—and lights up the screen. Farmiga is flat-out wonderful in a smartly written role. Other standouts include Danny McBride as Ryan’s future brother-in-law and Amy Morton as an older sister. Bateman is nicely subdued as the boss. Three actors who play employees losing their jobs, Zach Galifanakis, Steve Eastin and especially J.K. Simmons, are moving and first rate in the brief screen time they are given. Performers used in the scenes where people talk about being fired are actually real life case studies.

Essentially a story about connections—human and otherwise— Up In The Air is certain to draw hearty crowds and major award season attention. It deserves it and should stand up as one of 2009’s best pictures.