close
A perfect coming of age tale for every age. 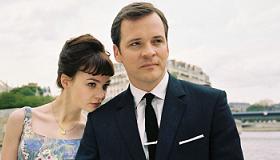 In England, circa 1961, D.H. Lawrence’s Lady Chatterley’s Lover was still banned and the Beatles were still playing in dank Liverpool music clubs. The opening of An Education finds Jenny—a bright, diligent, attractive 16 year old schoolgirl—feeling bored by her suburban existence and the stifling parameters of her parents’ influence and demands.

Enter thirtysomething David—charming, charismatic, interesting, but above all, fun. David (portrayed with the perfect combination of alluring and slimy by the always fascinating Peter Sarsgaard), is devoted to the cultured life of music, art, fine dining and travel. He draws an unsuspecting Jenny into his irresistible web of promise. He’s looking for a playmate, an apprentice in love and learning: “Isn’t it wonderful to find a young person who wants to learn things?” he beams proudly to Danny and Helen (his seemingly only friends) when he introduces them to Jenny.

Virtually flawless, this coming of age story boasts a perfect script, as well as precise direction, production and costume design and soundtrack; and features an ideal ensemble cast. But the treasure is 22 year old Carey Mulligan, who transforms Jenny from a gangly schoolgirl (if not exactly an Eliza Doolittle) to a sophisticated Holly Golightly. Her physical makeover mirrors an emotional maturation in which she proves more “grown-up” than either David (who is twice-her-age) or her own caring but ingenuous parents—whose dreams for Jenny to read at Oxford quickly change after David’s marriage proposal. (“Oh, well, I guess then you wouldn’t have to go to Oxford.”) One of the most popular films at this year’s Sundance Film Festival, look for An Education to garner critical and widespread popular acclaim, especially for its young thespian, Mulligan.

Nick Hornby (author of the popular High Fidelity and About a Boy ) adapted journalist Lynn Barber’s short story/memoir published in the literary journal Granta. Jenny attempts to articulate the richness of her fundamental dilemma—which could be seen as “life versus education”—in her English class essay “Passion and Practicality,” and when she confronts her head mistress (played with stern resolve by Emma Thompson) who tries to convince Jenny to finish out her classes at the all-girls school because “no one does anything of importance without a degree:” “It’s not enough to educate us anymore,” she reasons, “you’ve got to tell us why you’re educating us.”

Learning about life through David, this exciting seducer, makes much more sense to Jenny than studying Latin, a language which, as the beautiful but vapid Helen observes: in 50 years no one will be speaking, “not even Latin people.” David’s Bristol roadster, glittery nightclubs, dog races and the trip to Paris he offers, eclipse the mundane world of school and girlfriends much less adventurous than she.

Jenny never asks questions of David, Danny or Helen, even when his façade begins to crack and she spies a bit of a con artist in him. She’s so clever in so many ways, even though she is only sweet sixteen. But I found an interesting reason for her reluctance in Barber’s story: she blames Albert Camus! No one wants to appear clueless—or worse—stupid, after all. And, as Jenny says in voice-over: “not asking questions showed that you were sophisticated and French”—two qualities young girls strive for.

But part of Jenny’s “education” is learning that action is character—a quality of which, with all his charm, David is sorely lacking. The couple plan Jenny's 17th birthday celebration then sneak off together to Paris, wherein she loses, or rather offers her virginity to him. After sex, Jenny stands pensively looking out the window. “Was it alright,” David wants to know. “It’s funny, all that poetry and all those songs about something that lasts no time at all,” she responds, in one of the more biting moments in the film.

The fact that Jenny’s flowering, her coming of age journey, serves as a metaphor for the times, adds another layer of richness to a peak cinematic experience.