close
The point gets lost 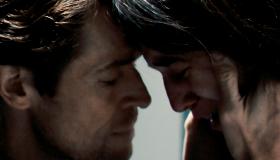 After a couple’s young son falls to his death while they are engaged in passionate lovemaking, their world spirals into the stuff of nightmares and demons. With the warped genius of Lars von Trier propelling them to depths of depravity, the shock factor is likely to dissuade even the most hardened of spirits from partaking. What any ratings board will make of it is anyone’s guess, but audiences at its premiere at the Cannes Film Festival came away reeling with disgust, disbelief and very few affirmative views. Its prospects have to be extremely limited, even for the arthouse crowd and followers of the demonic Dane.

In Antichrist, Danish director Lars von Trier pushes the boundaries of what he considers acceptable even further than before. He has always relished taking subject matter and imagery to extremes while declining to justify or explain. The scenes of sexual congress in Antichrist are explicit to a hard core degree, while the violence unleashed by the couple (played by Willem Dafoe and Charlotte Gainsbourg) will alienate the majority of any audience who feel strong enough to subject themselves to a viewing.

It is divided in chapters with such labels as Pain, Grief and Despair and bookended by a black and white Prologue and Epilogue. The couple, whose son has fallen to his death while they were otherwise engaged, disintegrate into a world of self-mutilation, a masturbation sequence resulting in the spurting of blood rather than semen and a stake being driven through limbs. The point of it all seems to have become lost in the morass.
It all takes place against the backdrop of a creepy house deep in the woods that begins to take on the trappings of a wild painting by Hieronymus Bosch or a theatre piece by the master of stage cruelty, Antonin Artaud.

Von Trier has declared that the film grew out of a period over two years when he suffered from a severe bout of clinical depression. But if Antichrist was supposed to be an antidote to his state of mind then one is left deeply troubled in more ways than one.

Admiration can go to his sheer audacity but not to his execution of his ideas, which resonate with pretensions and a certain pomposity.

The two stars acquit themselves with admirable stoicism, with Dafoe as the psychotherapist who believes he knows how to cure his shell-shocked wife, even if Nature—in the shape of a dear, a crow and even a talking fox—conspires against them.
Von Trier makes allusion to the work of August Strindberg, the revered Swedish playwright, and also declares at the end that this film is dedicated to the Russian director Andrei Tarkovsky, who he admires. Neither claim has much validity.

Although visually impressive in parts, the film will have difficulty finding takers and an audience, working neither as a piece of supernatural horror nor an intriguing odyssey in to the darker reaches of the mind.

Von Trier’s ego, which, on his own admission, is massive, should withstand the barrage of abuse hurled in his direction.