close
An exploration of zeitgeist 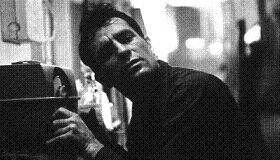 This traditional doc is as much about Big Sur, Jack Kerouac’s memoir of a nervous breakdown, as it is about hipster adoration the book has curried over the decades since its release. One Fast Move or I’m Gone tries to match the book’s poetics but gets mired in celebrity conjecture about the writer. Occasionally the lyrics and the film’s lyricism sync up, which is nice, but those moments seldom suck you further into the film. The inclusion of a few great notables from the era (particularly Lawrence Ferlinghetti and Neal Cassidy’s widow, Carolyn) add a sincerity of purpose to the film that’s otherwise absent, even in the sweet and genuine recitations from the book by characters like singer/songwriter Dar Williams. The film, along with a limited edition DVD box set that includes a copy of the book, previously unseen author photos, an excerpt of the unpublished manuscript and the film’s soundtrack, are set for a release coinciding with the 40th anniversary of Kerouac’s death. The choice of this benchmark seems to match the film’s haphazardly macabre tone in its romanticizing of Kerouac’s battles with God, culture, fame and the bottle. Still, his fans persist and small numbers will roll out to see this reverential celebration of a writer and his work.

According to One Fast Move, The New York Times book review of On the Road transformed Kerouac from a struggling writer into the voice of the Beats and their generation. The effusiveness of this moniker (‘the voice of the Beats’) is terribly ill fitting for a man whose prose was both concise and biting. Kerouac’s fame had an erosive effect on him; his peers credited it for his increasing reliance on alcohol. Everyone wanted to buy the Voice of the Beats a drink. Kerouac escaped the fame (he uses words like goop and gook) in Lawrence Ferlinghetti’s cabin at Big Sur.

Big Sur is the less popular book the hipsters dig; the one that followed On the Road, always carries the din of discovery and could conceivably illuminate “the real Jack” to its readership. While its text seems so spare and direct, so interested in reaching some possibly unreachable root system beneath us, the book’s admirers are all aflutter with moody perspectives on ephemera and this “Jack” they think they know. This is one of those instances where a band’s fans can really kill the music for you. Worse, their musings offer sacred little insight. This dearth of useful information about the book leaves us with little more than a fanboy reverence for the writer’s caché. If it’s true that Kerouac’s fame is what killed him, the filmmaker’s preoccupation with it borders distasteful.

Kerouac was (as Tom Waits describes him) contradictory, he was (according to Donal Logue) near the end of his religion and, according to Amber Tamblyn, he was funny. It isn’t that these personalities lack authority, it’s that their authority is couched in their celebrity and not much more. The artists that speak about Kerouac are like his flipside: their celebrity is no apparent detriment to them and their fringe status is no great rebellion. They might have been precisely the people who’d offer to buy him a drink and that’s ultimately confusing. It’s only appropriate, in service of exploring zeitgeist, to allow modern artists to comment on the work of their predecessors, but this film leaves you feeling like the work everyone is doing for it, regardless of the heft of Death Cab for Cutie or Dar Williams, is missing precisely that root system Kerouac was mining, and they don’t seem to be too specifically concerned about it.