The House of the Devil 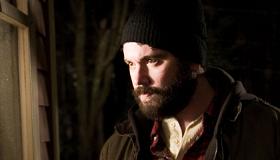 Carefully, perfectly, beautifully built occult horror follows the roadmap of the early ’70s and ’80s Indie Screams with reverent precision and the occasional, wise reference to the cannon. This story of a broke coed babysitter and her stumble into a circle of Satanists is as much genre valentine as homage. Presences of indie vet Mary Woronov (Hanoi Hanna of Warhol’s Chelsea Girls ) as the eerily composed matriarch of a questionable brood of wealthy evildoers and mumblecore maven Greta Gerwig as the skeptical and protective (if quickly dispatched) friend of the protagonist, allow references to the array of indie darlings that House of the Devil emulates and shares stage with. This is the kind of title that, if it had toured festivals, might have been extolled as something worthy of wide release attention—because even if the references are intended for the cineastes, the brand of suspense this film builds reaches everyone where they sit. DVD will boost numbers for this title after a Halloween timed release to LA, NY and Austin.

Samantha (Jocelin Donahue) needs to move out of her dorm but doesn’t have the money for the first month’s rent she’s organized with her future landlady (Dee Wallace of Rob Zombie’s Halloween and Wes Craven’s The Hills Have Eyes ). On a night when the whole town is organizing for a full lunar eclipse, Samantha “lucks” into a sketchy babysitting job that turns out to be a gig “sitting” an elderly woman. Samantha’s friend Megan (Gerwig) begs her not to take the job but ultimately leaves her alone in the giant, desolate house, where she slowly uncovers proof the house doesn’t belong to her temporary employers and has, in fact, been used for preparatory rituals to serve The Dark Lord.

If you’re old enough to remember the 20/20 special on Satanic Cults, you’re likely old enough to remember the cadre of low-rent cult-scare films that capitalized on that news trend and its attendant hysteria. The House of the Devil begins with a concise inter-title stating that in the 1980’s a large percentage of Americans believed in the presence of aggressive (important word) Satanic Cults. It’s a neutral dig at a cultural anxiety we don’t give much credit to anymore, and it draws some attention to the possibility that making a film about such fears requires the cloud cover of period—the film plays it’s ‘80s dance card with all the acid wash jeans and goofy rock soundtrack it can musterall in good proportion, of course.

Better than the film’s nuanced references to its forebears (the opening nods to Rosemary’s Baby with a track into Mary’s back positioned only partly inside a door frame), is its capricious script. Writer/director Ti West ( The Roost ) wisely refuses to play his honorific references for laughs or self-awareness and the result is desultory and wickedly affecting. Acting, editing and sound effects all provide tiny pockets of time before each monumental action in the film—and in that tiny pocket we wait for what we expect and never get it. You’re on the edge of your seat so long it’s nearly hell—and hell, by the way, is even scarier after you see House of the Devil. 20/20 be damned.