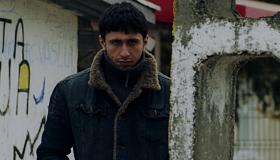 The artistic skills that qualify sophomore Romanian filmmaker Corneliu Porumboiu as a master are a painter's eye for camera placement, an excellent grasp of everyday characters, eloquent emotional restraint and an impressive dexterity with silence. Police, Adjective, a real-time drama about a young police detective in a moral quandary about arresting a male teen for "offering" hashish to his friends, will cement Porumboiu's reputation with critics and steadily increase his profile with U.S. arthouse audiences. Still, the qualities that classify Police, Adjective as film art of the highest order also make it a challenging film for the majority of audiences. For that reason, IFC Films will experience modest box office when it releases Police, Adjective in theaters in late December 2009.

Police, Adjective is just the second feature for the 35 year old Romanian filmmaker, a thoughtful and humanistic follow-up to his 2006 political comedy 12:08 East Of Bucharest. While a crime drama in content, Porumboiu upends the detective genre by emphasizing the psychological concerns of its detective protagonist over any crime-solving mysteries. Shot in Porumboiu's hometown of Vaslui, Romania, Police, Adjective is a story of ordinary people, in this case Cristi (Dragos Bucur), a police detective facing the day-to-day grind of his job and personal life. The late Fritz Lang would not have recognized Police, Adjective as a crime drama due to its subtlety. If anything, the film shares more in common with David Gordon Green's little-seen Undertow, another artfilm that upends genre.

Production Designer Mihaela Poenaru captures the modest surroundings of Vaslui, a town that at least in appearance remains connected to its Communist past. Cinematographer Marius Pandru makes the camera into the third man, a character who follows Cristi following the teenager.

Dragos Bacur, known to U.S. audiences for his role in the acclaimed Romanian drama The Death of Mr. Lazarescu gives a standout performance as Cristi, a good detective struggling with his conscience to do the right thing. When Police, Adjective slows to a real-time sequence and the drama turns subtle, Bacur continues to hold our attentions.

Vlad Ivanov, last seen in the excellent 4 Months, 3 Weeks And 2 Days, brings the film to a satisfying climax as Cristi's boss Anghelache. Convinced that his decision is the right one, Ivanov's is the source of Cristi's anguish as well as the suspense in the film.

While its status as Romania's submission for Best Foreign Film Oscar consideration and likely inclusion on many year-end top ten lists will help boost Police, Adjective 's profile, it remains a challenging artfilm for a select audience of foreign-language aficionados.

IFC Films opens Police, Adjective in late December and plans a select platform release in early 2010. It's an acclaimed addition to the release schedule and while the Porumboiu's drama is too experimental to match the $1.2 million gross of the Romanian melodrama 4 Months, 3 Weeks And 2 Days, it will easily surpass the U.S. box office of Porumboiu's debut feature 12:18 East of Bucharest, as well as the 2006 Romanian release The Death of Mr. Lazarescu. More audiences will discover the film via VOD and home video, slowly building a U.S. following worthy of Porumboiu's talent.