close
Time you'll never get back 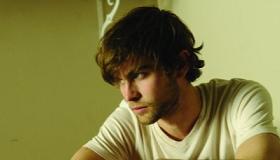 Joel Schumacher returns to the teen movie arena for the first time since The Lost Boys with Twelve, a ludicrous melodrama that makes his 1987 slice of vampire cheese look like high art. Adapted from a novel written by a 17 year old, the tale of Manhattan teenagers spinning toward tragedy (thanks to the usual confluence of drugs, alcohol, violence, absent parents, and desire to be popular) could be an alternative universe episode of Gossip Girl cross-fertilized with Bret Easton Ellis' greatest hits (there are shades of both Less Than Zero and American Psycho). For all of its surface gloss, it's a brutal and ugly misfire that nevertheless will sell tickets at the multiplex on the strength of the names in its large ensemble cast.

The connection to Gossip Girl is underlined by the presence of that series' star, Chace Crawford, here playing high school dropout and drug dealer White Mike. He sells pot but doesn't take drugs himself, and he resists moving Twelve, the highly addictive new designer drug, despite pressure from his supplier Lionel (Curtis "50 Cent" Jackson). Charlie (Jeremy Allen White), Mike's unstable cousin, is not so circumspect where the narcotic is concerned. Charlie is crazy and so is Claude (Billy Magnussen), older brother of geeky Chris (Rory Culkin), who decides to throw a big blow out party in an attempt to get in with the cool kids. Charlie, Chris, Twelve and the intersection between ghetto gangsters and Upper East Side rich teens is a recipe for a disaster as bloody as it is predictable.

There are far more characters than just these. Among them are Molly (Emma Roberts), the good girl who loves White Mike; Sara (Esti Ginzburg), the high school queen bee; Jessica (Emily Meade), the driven student who jeopardizes her future by falling under the sway of Twelve; and Hunter (Philip Ettinger), Mike White's best friend. They are all so thinly sketched that they're barely there. The focus of the movie, White Mike, remains a cipher. Only Chris comes across a real, flesh-and-blood personality, thanks to Culkin's grounded performance.

Schumacher's Lost Boys star Kiefer Sutherland narrates in lines that screenwriter Jordan Melamed apparently lifted directly from Nick McDonnell's book. The voiceover is a howler, Sutherland's dry tone suggesting gravity when the words escaping his mouth are the definition of vacuous. The entire enterprise is just as vapid and not just because it portrays the lifestyle and lives of these spoiled, prematurely jaded children as so very empty. Without more full-bodied characters, it is impossible to care about what happens to any of them. And when melodrama descends into savage soap opera in Twelve's climactic scenes, it is flat-out unbelievable, even though catastrophe is a foregone conclusion.

Unlike The Lost Boys, there are no bloodsuckers in Twelve. Instead, it just sucks time: 98 minutes to be exact that you can never get back.