close
A mind-trip you can't miss 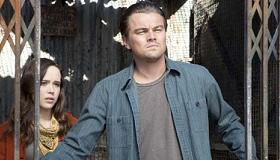 In terms of sheer originality, ambition and achievement, Inception is the movie of the summer, the movie of the year and the movie of our dreams. Director Christopher Nolan's heist film about a group of dream extractors who can invade a person's subconscious to steal-or plant-vital information may remind you of James Bond, The Matrix, or even Nolan's own Memento, when in fact it's unlike any other. A bold, inventive, audacious entertainment, Inception charts a new course for motion pictures and sets the bar very, very high. Matrix-style business should be in order, even though audiences will have to pay strict attention to get the full experience (perish the thought). Simplistic moviegoers who like their blockbusters cooked in predictability may not get it but Nolan fans and those who like their action married to new ideas will flock to multiplexes for repeated viewings.

A plot that's been in Nolan's head for eight years, it took a few drafts and the global success of Batman Begins and The Dark Knight to enable the director to get Warner's and Legendary Pictures to cough up the considerable mega-budget to bring his dizzying and remarkable vision to screens. The wait was well worth it. On its surface, Inception is an Ocean's-like heist film set in the mind instead of a casino. Nolan's clever, complicated story revolves around Dom Cobb (Leonardo DiCaprio), a super thief who specializes in dream extraction, a service for which he steals secrets buried in the subconscious while a mark is asleep and most vulnerable. Essentially this talent has turned Cobb into a fugitive who is banned from the U.S. and, as a result, prohibited from seeing his family. When powerful businessman Saito (Ken Watanabe) offers him an opportunity to turn that around and get back home he jumps at the chance, but it means reversing course and instead of extracting info, he has to insert a certain idea that will mess with the head of a key rival and soon-to-be heir, Robert Fischer (Cillian Murphy). With something more valuable than money as the end game, Cobb sets about putting his team together, including point man Arthur (a scene-stealing Joseph Gordon-Levitt), a forger and veteran in the game named Eames (Tom Hardy) and young architecture student Ariadne (Ellen Page) who almost serves as the voice of the audience when she asks questions like, "okay just whose subconscious are we in right now?" Also important to the mix is Yusuf (Dileep Rao), a chemist who creates the drug that enables multiple people to share dream states.

Shot in six different countries, Nolan has infused his project with one triumphant set-piece after another and truly stunning action sequences that will have you on the edge of your seat. But Nolan's careful never to let us know the difference between the dreams and the reality; this keeps a viewer on his toes throughout. Like Stanley Kubrick did 42 years ago in 2001, Nolan masterfully uses our confusion like it's a piece in his hard-to-solve puzzle.

Highlights include a spectacular sequence shot in the snow-filled mountains of Calgary, Canada and an awesome fight involving Gordon-Levitt that has him literally defying gravity in a hotel hallway. Inception has a strong emotional core and oddly affecting love story between Cobb and his wife, Mal (a terrific Marion Cotillard) who is the essence of a femme fatale and appears mysteriously in different states ranging from evil to tender. Nolan is careful never to let the scope of the film overwhelm the human element and this is a key reason Inception works as well as it does. The acting, from a great ensemble led by DiCaprio, is as good as it gets. Special shout outs to Wally Pfister's extraordinary cinematography, the challenging and intricate production design of Guy Hendrix Dyas and Han's Zimmer's haunting score, which is his best in years.

For audiences looking for a break from the usual summer dish Hollywood serves, Inception is a wildly entertaining and dazzling mind-trip not to be missed. Kubrick would have been proud.