close
Forty years in and more of the same 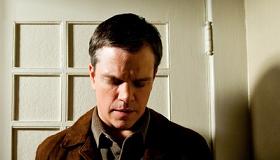 With Clint Eastwood now entering his fortieth year as a director, we have enough experience with his films to see how every frame of Hereafter is his. Marked with his characteristic widescreen tableaux, roving yet unobtrusive Steadicam, unhurried pacing, intricately separated light and dark so layered it's almost cross-hatched and a natural tendency to err on the side of understatement, Hereafter sits easily alongside Eastwood's other works. Though Hereafter has plenty to give you pause: its plot flatly insists there's an afterlife without really doing much with the matter, metaphorically or otherwise, and its tri-pronged story flattens three interesting cities (San Francisco, London, Paris) into mostly generic backdrops. In many ways, it's his silliest film since 1990's The Rookie, only without the guilty pleasures of, say, watching Charlie Sheen burn down a bar using nothing more than his natural fire-breathing talents. Box office prospects are shaky; audiences may find the material too outré to take seriously while auteurist admirers, will have a field day, and the film's certainly zippier than much of Eastwood's past decade.

San Francisco psychic George Lonegan (Matt Damon) has retired from communicating with the dead to try to attain a normal life; he fends off the attentions of those seeking his help. In London, young Marcus (Frankie McLaren) loses his twin brother to a car accident and mopes about, trying to find a psychic to keep him in touch while his mother goes through alcohol rehab and his foster parents try to cope with him. In Paris, reporter Marie LeRay (Cécile De France), survived a tsunami (an early disaster-movie highlight, with much satisfying crunching of cars and slamming of waves) and near-death experience, becomes convinced she paid a brief visit to the afterlife and is determined to write about it, wrecking her career in the process.

All three stories will eventually converge, though Eastwood's in no real hurry to get there. The strands come and go in ten-minute clumps. Damon's is the most abrasive and engaging: he's in top form, and his awkward flirtation with Melanie (Bryce Dallas Howard) is fascinatingly unresolved. All teeth and manic giggling, Melanie's function in any other film would be to come off as simperingly girlish and cute, but Howard transforms that into a manic frenzy that will take audiences genuinely off-guard once her back-story is revealed; the overused adjective "brave" applies to how little the performance offers audiences to like.

The other two stories are considerably more diffuse. Marie LeRay is boringly self-righteous and, for a political reporter, surprisingly naive about the realities of the publishing industry; her tale is also the one that focuses almost exclusively on "scientific evidence" of the afterlife, and her character is the most one-note. Frankie LeRay fares a little better, presumably because he's tasked with delivering some of the most embarrassingly amateur line readings of any mainstream film this young decade; his quest for connection, plowing through laughably phony psychics, is the film's only gesture toward skepticism.

All three plots converge in pleasingly low-key fashion at the London Book Festival, which is surely novel; Eastwood, as usual, avoids the highest highs ("I'm not going to go into a trance," Damon defensively explains at the climax), keeping things eminently watchable when they could be unbearable. Some of the material's risible: it's unclear if The Sopranos' Steve Schirippa is supposed to be playing for laughs as a stereotypically guido-ish Italian chef who does adult education classes, or if he's just cartoonish, but it's funny either way. Dicier still are invocations of 2005's London subway attacks of July 2010, here they're used for an especially dubious sequence of fantasy intervention: the context overpowers the scene.

Ultimately, Hereafter's virtues are all Eastwood's: that makes it a prime autuerist test case, which makes it a film for very specialized viewers indeed. Anyone who reads the above and finds it hard to stifle a laugh will probably want to stay away.