close
If a wife falls in the Manhattan woods, does she make a sound? 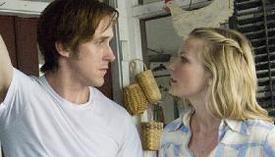 In 1982, Katie Marks disappeared. Vanishings happen every week in New York City, but newspapers took particular note because Katie was blonde, pretty and married to David Marks, the third generation of a family who made millions from midtown Manhattan real estate, and wasn't shy about shaking rent from the scum who still ran 42nd Street. Director Andrew Jarecki's 2003 documentary Capturing the Friedmans positioned the director as Hollywood's family therapist, and here he works out the kinks of Katie's unsolved disappearance in broad strokes that point to David, and back further still to David's childhood under the cold thumb of dad Sanford (Frank Langella). And it's the truth, or at least an educated guess, what happened to the real-life Katie Durst who went missing after marrying into the Durst real estate dynasty. But this is a soap opera that stands at a distance from its characters (that distance being the length of a lawyer's briefcase) and, though handsome and capable, feels as inert as mannequins in a shop window. Expect mild interest, moderate acclaim and small box office. As Douglas Durst, brother of the accused, told the New York Times, "Fortunately, this movie will be seen by so few people that litigation would be superfluous."

Ryan Gosling plays David Marks, née Robert Durst, a poor little rich boy who saw his mother commit suicide when he was 7 years old. The film opens with his last happy birthday as his mom, with help from the maids, brings out the cake and beams before traipsing out of reach. In the corner, dad (Langella) glowers. Jarecki's quick cut to the adult Gosling loitering at a liquor store in a tuxedo is disorienting—the family's fortunes have fallen, but by how much? Little, we later realize. Dad and brother are fine, it's just David who's drowning.

But with the entrance of Kirsten Dunst as Katie, a blue-collar blonde from Long Island, David starts to see himself through her eyes. He's no black sheep; he's a knight in shining armor. And she's naïve enough to play along with the charade: she laughs at his jokes and looks to him with the adulation of a politician's wife. And Jarecki's a shrewd enough study of human nature to realize that Katie's hero worship of her whirlwind hubby is doomed to drive them apart. David can't measure up to her high expectations (though he even gives scream therapy a try) and when his flaws emerge, he disengages and then detonates.

But Jarecki's not free to show a knife to the neck. And with the real Katie gone and the real Robert uncooperative, he can't shape them into people. Gosling and Dunst are just pawns in his reenactment. They're fine, but they're never fully alive, and while their battle scars feel true, they're also the stuff of cliché: a coke habit, a lost child, a Daddy complex. Gosling's emotionally crippled killer is especially adrift, so much that when his character goes off the rails entirely, it hardly makes a splash. Langella has a slimmer, but stronger turn as his fiercely WASPy pops, the type of suit who could hob nob with senators and still know a guy with a shiv. And after all of the blood and two more bodies, it's still not clear what Jarecki is driving at: a puzzle he's hungry to solve or a good-looking j'accuse!