close
Thrown into his work 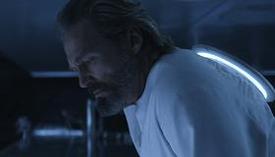 We waited 28 years for it, and finally the sequel to Disney's 1982 now cultish, sci-fi head-scratcher, Tron is upon us. Fans of the original won't be disappointed. Advances in CGI technology help this concept reach new heights and the visible improvements are staggering, to say the least. Now pitched as a father/son story in which 27 year old Sam Flynn (Garrett Hedlund) investigates the strange disappearance of his dad Kevin (Jeff Bridges), a one time tech visionary now endangered inside the digital grid of his own making, the new Tron: Legacy is a spectacular jaw-dropper that easily surpasses the original (which lacked in the story department) and takes us places we have never been. On the heels of another revelatory turn in True Grit, Bridges is sensational again, here in a groundbreaking performance. This reboot is blockbuster entertainment that should easily surpass the original's unimpressive box office and create a whole new yearning for everything Tron.

Sam Flynn is a rebel who challenges the ways of Dad's old business. Though he shows no interest in the company, still, he causes trouble at every turn. Soon his carefree ways are put to the test when a visit to an unknown laboratory thrusts him into a grid, a world where programs have human dimensions. Here the videogame experience happens on a new and exalted plane, whirling in and out of one vibrantly lit chase after another. It's the ultimate gamer dream. But Tron Legacy doesn't let Sam wander through this CGI enhanced universe without some sort of emotional payoff, which comes in the form of his reunion with Kevin, his long-lost, tech-imprisoned father. But in order to rescue dad he must navigate the grid the old man designed, which is now controlled by Clu, Kevin's much younger, programmed self. With the help of the self-sufficient warrior Quorra (Olivia Wilde), who has been lording over Kevin from her own sterile environment, Sam challenges the tyrannical Clu who plans his own escape to the real world, to which he craves entry and dominance.

Tyro director Joseph Kosinski steps into the shoes of original writer/director Steven Lisberger (returning here as a producer) and makes this Tron edition far more satisfying than we had a right to expect. Legacy's great story and acting are matched by great effects, which dazzle thanks to the state of the art wizardry of Digital Domain, who make Bridges play opposite his convincingly younger self. Tricks aside, Bridges gets under Kevin's skin and offers a touching look at a man consumed (literally) by his own work, now striving to help the son he abandoned. Bridges plays both roles convincingly and Hedlund works well opposite him. Michael Sheen chews the scenery in a lively supporting role but the real stars here work behind the scenes to make this all-digitized universe snap, crackle and pop with excitement. In an inspired twist, the film is bookended in 2D, making the ultra-real 3D visuals that serve as the centerpiece all that more exceptional and effective.