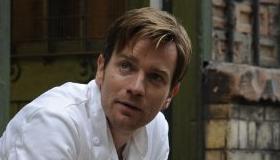 Perfect Sense is a sonata of a film —cool and blue, pulsing with humanism, melancholia and a gentle affirmative belief in the consoling power of carnal love. A thoughtful science fiction exercise with none of the pulp action trappings that have defined the genre since the first Star Wars effort, director David Mackenzie's quietly accomplished film straddles the arthouse world and cult movies with a unique poetic vision. Handled properly, this thoughtful film will be much talked about and loved by an ardent clique that expands on the usual artfilm crowd to include more adventurous genre fans. It certainly deserves a theatrical release to the more discerning sort of venues, and should have a long tail as a download and on DVD/Blu-ray.

Set in Scotland, Perfect Sense concerns a cryptic and gradual plague that descends upon the world for unknown reasons and from an unknown source. It begins with an epidemic of sudden emotionalism. People find themselves weeping and remembering lost loves, broken promises, chances missed and mistakes made. When the spell passes, the sense of smell has departed with it. No one can find anything approximating a cause.

Taste leaves next, but not before everyone is overcome with an overpowering hunger for one last bite, one more swallow. The pattern is set: as each sense departs it is preceded by an orgiastic farewell, a final remembrance of something precious about to pass.

Everyone is impacted, including epidemiologist Susan (Eva Green) and Michael (Ewan McGregor), the chef who works in the restaurant across from her apartment. They've already taken a wary interest in each other and are enjoying a sort of improvised first date when Susan begins weeping, struck by the first manifestation of the disease she's spent days trying to diagnose. The couple ends up in Susan's apartment, where Michael is afflicted too even as he tries to care for her. From this moment, their bond is synchronized to the plague's serial manifestations as they, like everyone else, must adjust their definition of their relationship to the world and to each other while, one by one, each of the five senses is stripped away.

Perfect Sense is not in any way a conventional contagion thriller like Outbreak or The Crazies. Director Mackenzie and screenwriter Kim Fupz Aakeson are not so much concerned with the traditional "race to find a cure" as they are with the adjustments human beings might make in a context of shared loss. The plague is like something out of the Book of Exodus —capricious, arbitrary, unstoppable —and Mackenzie putts us into the heart of the narrative by mirroring each sensory loss via cinematic technique. Though Perfect Sense conveys apocalyptic scale via carefully selected archival footage, the focus is kept effectively intimate, with most scenes occurring within just a few carefully selected locations. The lovers are a microcosm, a planet of two, and the outcome of their story bristles with tenderness —not just for the characters but also for all the latent potentialities for kindness and empathy within the human race.

Though Ewan Macgregor is thoroughly likable and billed first, Perfect Sense really belongs to the fiercely talented and classically beautiful Eva Green. Susan the epidemiologist is the film's most intricate character, and also the one who drives the plot. Where Michael is a good and trustworthy man who loves Susan almost from the first moment, it's Susan who has to overcome her suspicions about people's motives and find the courage to reach out. In this way her evolution is essential to the film's allegorical subtext.

Many of the best science fiction films are parables for their times —think of the original version of Invasion of the Body Snatchers and the complex ways it comments on American paranoia in the Cold War/McCarthy era. If Perfect Sense has a message for contemporary audiences, it is perhaps that, in an era where more and more people are buried in constructs via the app and the iPad screen, we should live in the world and in the moment; connect ourselves to what's real and actual in all its beauty and ugliness —the sights to see, the sounds to hear, and most of all hands to touch, taking nothing for granted.

It's a small message until you think about it, and then it seems revolutionary.