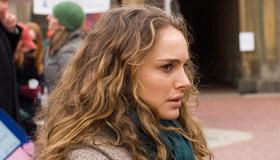 The Other Woman is what happens when a film director falls for a novel crammed with Incredible Moments of Heartbreaking Emotion and turns it into a movie crammed with Incredible Moments of Heartbreaking Emotion. It becomes a parade of interpersonal conflict and miserable circumstances that adds up to nothing less than angst-porn. Natalie Portman takes the brunt of it as a lawyer who steals a man away from his wife, then has to endure the increasingly burdensome and tragic consequences. Had writer/director Don Roos created a believable central relationship and throttled back on the melodrama, he might've had a socially relevant dispatch from the land where everyone is either a "step" or an "ex-". Lacking such restraint and focus, the movie gathered dust for about two years. It finally premiered on VOD, where it's been doing well. Now it's getting a theatrical release to take advantage of Portman's recent success, which should squeeze a few more bucks from theaters that could have otherwise been empty.

The movie, based on Ayelet Waldman's 2006 novel Love and Other Impossible Pursuits, fits comfortably in Roos's filmography. His last produced screenplay was 2008's Marley & Me, another book adaptation that was too accepting of its own bathos. Marley & Me, though, was a much cleaner story. This one is all over the place. Portman's Emilia Greenleaf is a stacked deck of death, drama and daddy issues. By virtue of stealing co-worker Jack (Scott Cohen, barely keeping up with Portman) from his shrewish wife Carolyn (Lisa Kudrow), Emilia becomes stepmother to his 8-year-old son, William (Charlie Tahan). Stepmom and stepson don't get along very well. One reason is that Emilia is still devastated by the SIDS-related death of the daughter she had with Jack. It's tough being Emilia and it's also tough watching her. She's a tangle of emotional crises and neither Roos nor Portman can decide if the Harvard alumna is a good person doing her best under stressful circumstances or an immature home wrecker. Some of that is a product of the Manhattan Jewish liberalism that hovers over the movie. These are faultless, upper class professionals eating soy ice cream while suffering to an indie soundtrack. Portman, an actress who projects freshness, intelligence and urbanity, doesn't always project much warmth. Without it, Emilia's woes are things we see but don't feel. And boy is she getting it from all sides. Her father is a philanderer, her stepson dislikes her, God knows what she sees in Jack and her daughter is dead. Carolyn, the obstetrician and abandoned wife with every reason to be bitterly condescending towards Emilia, is one-note harlot that Kudrow plays to the unfortunate hilt.

As a writer and director, Roos has tackled issues of love and family from angles that are light (Bounce) and dark (The Opposite of Sex). Here, he mistakes soap opera story beats for character exploration. In one self-pitying scene, Emilia takes "an active role in (her) own grief," by participating in the Central Park Remembrance Walk, which honors deceased and miscarried babies. It's sanctimonious and it leads to a surprise about Emilia's father (Michael Cristofer, not great) that, added to everything else, constitutes reckless piling on. Even worse, on two occasions Emilia does something terrible only to be let off the hook minutes later in acts of pure audience manipulation. Roos is trying so hard to squeeze tears out of us that by the pat ending he's thoroughly tortured his main character, yet we still don't really understand her. Emilia's attempt to build a family has backfired so badly it's created the opposite effect: she's become isolated by her grief. That's the stuff of contemporary family drama. Instead we're presented with a woman who broke up a marriage, yet we're supposed to sympathize with her because someday she'd lose her baby. We even witness the baby's death in flashback. Because the movie wasn't enough of a downer already.