close
Will Ferrel delivers in this subdued performance 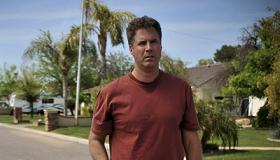 Will Ferrell shines as the central character in Dan Rush's surprisingly touching debut feature, Everything Must Go. So far, Ferrell has only hinted at his capacity for dramatic acting but he proves he's a natural here. His performance is introspective and subdued, even in witty moments. Rush's adaptation of the Raymond Carver short story "Why Don't You Dance?" is quiet and meditative, and he too rises to the challenge of reigning himself in for the sake of the story's telling. This is indie cinema at its best. The film's simplicity allows it to resonate in ways beyond its scope. It's a straightforward tale of a scoundrel called to task for his dastardly deeds, and while there's nothing new here—we've all been there, done it or caught someone else at it—Everything Must Go has what it takes to appeal to a wide audience. Ferrell is the definite draw here but Everything Must Go is itself more than just a curiosity piece.

Nicolas Halsey (Ferrell) is having a classic bad day. Fired from his job of 16 years, he ventures home only to find himself locked out by his wife who's discovered his latest fling. To make matters worse, she has left all of his possessions scattered across the lawn, a visual ‘up yours' for the entire neighbourhood to see. Nicolas sighs, settles down in his favourite armchair (now a lawn armchair) and proceeds to fall off the wagon. It even starts to rain.

Rush builds on the minimalism in Carver's story, infusing the film with his own sensibility. Despite the chattiness that comes as a consequence of its literary heritage, the film is constantly showing people watching and being watched. Nicolas and his neighbours wilfully interact in this sardonic game. As the self-satisfied neighbours examine the minutiae of Nicolas' life, so too do we get greater insight into these people populating his street. Even the most smug among them have chinks in their armour, and these tiny moments of interconnectedness gleefully hint at secrets more profound.

Although Nicolas forms some new attachments that are pretty predictable, Rush manages to turn this familiar scenario around. A lonely and awkward adolescent becomes a sidekick of sorts and unknowingly serves as the crutch to help Nicolas move on. A pregnant neighbour who keeps making excuses for her absentee husband reflects the other side of what Nicolas has been dishing out.

Despite these seemingly schmaltzy pitfalls, neither Ferrell nor the film ever slips into sentimentality. Ferrell is refreshingly matter of fact: comfortable with this helplessly flawed character but resolute in maintaining his cheekiness. It's just that he does it more quietly than in other films, and that makes it all the more satisfying when he submits to his brighter future. It's ok to let everything go; somehow these things can be replaced. This is not your average lawn sale.