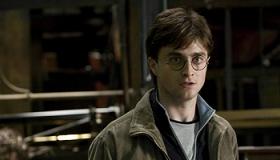 After the underwhelming Harry Potter and the Deathly Hallows Part I, a penultimate segment too dark and convoluted to entertain, Part II gets everything right to send Harry off on a cinematic high. Here, the world's most famous young wizard must undo Lord Voldemort's (Ralph Fiennes) plot of domination—even if that means his own undoing. Already a must-see for fans (after seven films, why stop now?), the film's real feat is that it manages to stand on its own against the sky-high expectations of its fan base. With director David Yates' eye-popping visual effects launching one brilliant set piece after another, this thrilling finale should add, oh say, another billion to the most successful franchise in movie history, one already worth more than $6 billion. But who's counting?

Opening exactly where Part I cut off, Voldemort has possession of the deceased Dumbledore's prized Elder Wand, which promises whoever clutches it ultimate power. Yates and screenwriter Steve Kloves (who adapted all but one of the Potter books) waste zero time getting to the action: Harry (Daniel Radcliffe) and company must survive fires, floods, battles, humungous spiders, snakes and dragons just to reach the ultimate showdown. That roller coaster provides a lot of twists and turns for Harry to reveal the secrets behind his wizardry, while the series' previous schoolyard fascination with crushes and "snogging" is replaced with a richer emotional core as Deathly Hallows takes us along the kids'—make that young adults'—journey to discover the meaning of life, death, love and courage. Although the emphasis has always been on visuals, what's exceptional about Rowling's books and these films is the character development. We've literally watched these kids grow-up onscreen—the 10-year-old Daniel Radcliff we met in Sorcerer's Stone is now old enough to buy a beer in the States—and so feel an investment in them that's unique.

As Harry, Ron (Rupert Grint) and Hermione (Emma Watson) seek out the final Horocrux and get one step closer to killing Voldemort, they also must return (thankfully) to Hogwarts (AWOL in Part I), a radically changed environment from the bright place where they learned their craft. New schoolmaster Severus Snape (Alan Rickman) has run the academy into the ground and is still a threat to Harry—their complex relationship leads to the young wizard's ultimate confrontation with Voldemort.

In addition to Stuart Craig's astonishing production design, Eduardo Serra's stunning cinematography and Alexandre Desplat's stirring score, Deathly Hallows allows the perfectly chosen cast one more chance to shine. Radcliffe has never been more commanding while Grint and Watson are, as always, a welcome presence. The sterling British supporting cast have lifted the series up in style with pros like Maggie Smith as Professor Minerva McGonagall, Jim Broadbent as Professor Horace Slughorn and of course Michael Gambon as the late, great Dumbledore getting significant screen time. Fiennes and Rickman also score their best moments in the series, as does Matthew Lewis whose former wuss Neville Longbottom now comes into his own.

This is the first Potter to be shot in 3D and though the higher-priced ticket will certainly add to the booty, the movie gained little from the process, particularly since the dark nature of many scenes are better served in 2D. Whichever format you watch, Harry Potter and the Deathly Hallows: Part II is an unforgettable goodbye to one of the screen's most iconic characters. It's not only the must-see movie of the summer—it's the must-see of 2011.