close
Almost greatness for the arthouse 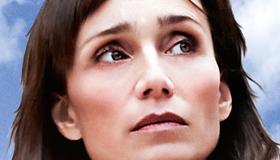 When the Nazis snatched the Starzynski family from their Paris apartment in 1942, one big sister protected her little brother by hiding him in the closet. Nearly 70 years later, an American journalist living in the City of Lights is working on a story about France's role in the Holocaust and stumbles onto a connection between that long ago family and her own. Powered by moving performances from newcomer Mélusine Mayance and the Cesar-nominated Kristen Scott Thomas, this elegant if uneven adaptation of Tatiana De Rosnay's novel will appeal most strongly to fans of historical drama. Larger than average arthouse numbers should follow, given the film's mounting by distributor Weinstein Company.

When the Nazis come for the Starzynskis during the Vel' d'Hiv roundup of Paris' Jews, 10-year-old Sarah (Mayance) is quick-witted enough to lock her baby brother Michel (Paul Mercier) away, taking the closet key with her. Decades later, Julia Jarmon (Scott Thomas) is working away on her Holocaust article when she uncovers a disturbing fact: her husband's parents moved into the Starzynski's apartment only a month after that family's forcible removal. As her in-laws own the apartment, Julia's own family, including husband Bertrand Tezac (Frédéric Pierrot), planed to take the place over. But can she given this suspicious evidence? Julia dives into an investigation of what happened to Sarah, Michel and their family, her inquiries into their buried history uncover a long-forgotten mystery upsetting to more than just the Tezac family.

The strongest portion of Sarah's Key is that which deals with young Sarah. Director Gilles Pacquet-Brenner (Pretty Things) does a marvelous job re-creating the period, especially the horrible conditions at Velodrome d'Hiver, the bicycle racetrack where the Starzynskis are initially held. The tension in this location is dense, and not just because the Nazi occupiers have marked the two children and their parents for almost certain death at Auschwitz. With Sarah frantically seeking escape to return to her brother, the tale takes on the aspects of a thriller engendering even more suspense. Mayance is terrific as a child precocious enough to recognize danger when she sees it but innocent enough to believe she can overcome deadly circumstances.

As Julia never suffers anything life-threatening, her side of the story can't match Sarah's for suspense; Julia faces problems, including one that threatens her marriage and pushes her to take Sarah's story even more to heart, but as Julia seeks answers to the enigma of Sarah, her own difficulties brush too close to soap opera. That Sarah's Key never quite descends into melodrama is a credit to the strength of Scott Thomas' performance, more than to the writing. Sarah's Key is a good movie, but if the modern-day yarn were more compelling it could have been something great.