close
A Thorough Examination of Some Not So Hidden Persuaders 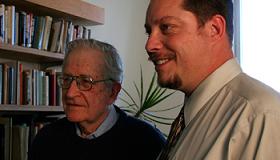 Programming the Nation is a lo-fi, issues-driven documentary carried along by the strength of its ideas rather than its artless desktop aesthetic. Ostensibly a movie about that conspiracy-buff favorite, the "subliminal messaging" in media and advertising, director Jeff Warrick's actual and primary goal is to give a full airing to the notion that advertising manipulates people in mentally unhealthful ways. Some excellent interviews and a thoughtful global consideration of its topic more than offset an enervated tone that at times feels less like a movie and more like a Power-Point presentation. A recut, a score more precisely matched to the action, and a more emotional rerecording of Warrick's extensive narration might make Programming the Nation more accessible to general audiences; as it is, this film can expect a healthy run on the activist circuit, and modest sales and rental action both over the web and as a download.

Programming the Nation begins with an autobiographical overview by our narrator, who worked in advertising prior to finding his calling as a documentary filmmaker. It then addresses the somewhat dodgy history of the idea of subliminal messaging, in sections dealing with books like Vance Packard's The Hidden Persuaders and the acoustic Rorschach tests the Beatles put together in their psychedelic heyday—those inadvertent launching pads for the "Beatle Paul is Dead" hysteria of 1968. Penis and death imagery in liquor ad ice cubes, the persistent flash frames of nudity in old school Disney cartoons (which are actually an inside joke dating back to Snow White, though Programming the Nation fails to realize this) and even the "I don't want to steal" subliminals buried in department store muzak are all given an airing, with a panel of mostly supportive and/or credulous experts weighing in on the threat to democracy such hidden manipulations represent. The inherent silliness of the "subliminals" idea is acknowledged (especially by DEVO band member turned advert jingle composer Mark Mothersbaugh) but not fully debated, and there are some asides—including a look at the imaginative sound design of Francis Ford Coppola's Apocalypse Now—that seem tangential at best.

Programming the Nation is far more credible when it's going after advertising as an unwholesome enterprise: the inundation of sleek young bodies the average media consumer is subjected to and its impact on his or her self-esteem; the irresponsibility of marketing directly to the unformed minds of children; the many ways advertising activates the basest parts of the human mind by appealing to what advertisers call the "four 'f's—fight, flight, feeding and fornication," and the residue all this has on humans whose lizard brains are constantly being activated for the unrelated purpose of selling cars, vacations, Xboxes and iPhones.

No sane person would doubt the willingness of advertising executives to utilize subliminal messages if they really worked—this is an enterprise whose sole interest is manipulation after all. But what Programming the Nation actually demonstrates is that such techniques really aren't needed. The mind-bending assault of conventional advertising techniques has already proven its capacity to alter human behavior, and the war for consumer hearts and minds shows no sign of slowing down.

The question Programming the Nation inherently asks is a basic one: "What can we do about this?" The answer is both obvious and more easily said than done: Turn off your TV, unplug your computer and walk the earth. Just try not to trip over all your transfixed fellow citizens as they stare into their smartphone screens and iPads, voluntarily hypnotized by all that slick, empty Madison Avenue nonsense.