close
Because we could all be persuaded 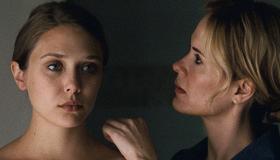 Communal living isn't getting good PR in indies these days: between 2008's commune-escape film Happiness Runs and Vera Farmiga's quiet commune tragedy Higher Ground, ideologically motivated group-living isn't looking very ideal. That's to say nothing about next season's Sound of my Voice, which makes the commune literally horrifying. Martha Marcy May Marlene enters so richly into psychological horror it recalls those disturbing dramatizations of Jonestown that were big on TV in the '80s. With measured suspense and masterful restraint, debut helmer Sean Durkin cautiously observes what lured Martha (Elizabeth Olsen, younger sister of Mary-Kate and Ashley) to the commune and what later forced her to flee. It's a scary, polarizing portrait of a young woman both seeking to get along and hunting for a path—neither pursuit has fared her well. This indie has Another Earth-sized runaway potential and recent buzz has suggested possible Oscar attention. With distribution through Fox Searchlight, odds are good this soft horror could outpace that slight science fiction and become this year's Winter's Bone (hey, it also stars John Hawkes).

It's not initially clear why Martha runs away from the commune, but its members are determined not to let her go. From the first memories we see, it seems to have been an idealistic and consensual enterprise—but that view could be partial. The film's flashback structure loosely guides us from history to memory to possible nightmare with a touch so slight you're grasping at air to piece it all together. Though Martha's style is slippery, the exchanges we see are often perfectly literal: we watch Martha enter a town, eat a sandwich, get preyed on by a commune member and beg for a ride out of town. When she lands at her sister Lucy's (Sarah Paulson) posh summerhouse, she seems so alienated from Lucy's world it's little wonder she got off the grid. "You should just exist," she tells Lucy, in protest of her new brother-in-law's enormous house and the conspicuous consumption it implies. Even the lakeside view offers Martha no pleasure—she's far too enmeshed in her disorientation, and so are we.

Durkin's flashback structure is poetic and at times his lack of exposition is frustrating, particularly as Martha isn't so sympathetic a character that she can get away with her teen-like rebellions. I was asking myself if I wanted to watch her writhe in confusion and selfishness, when I realized it's impossible to see a distinction between the two emotions—it's also impossible to see the difference between her indoctrination, her psychological damage or her plain old-fashioned pain-in-the-assery. Lucy is impeccably grounded. So what the heck soured Martha?

As the cult leader, John Hawkes has a charisma that trades persuasion for command. The camera likes to make his body look frail and narrow, his gentleness making his unhinged proclamations about life and meaning seem that much more convincing. Who could he hurt? And when Martha is invited to his "family," he says she looks "like a Marcy May" (hence the film's title). First, she's indignant about her new name, but then her resentment pools around her big moony eyes—the leader walks away and she's glowy and pensive.

Durkin favors the laconic; his scenes are strung together with the looseness of piled leaves. I couldn't help feeling similarities between this film and Mizogushi's 1954 Sansho The Bailiff, particularly as the commune resembled Sansho's "Scattering Place" and the residents, though voluntary, were still operating under a watchful but assumed authority. Martha is lost for conviction or purpose, so when Hawkes comforts her by telling her she's a "teacher and a leader," (i.e. a person who organizes the scattered children) she indignantly repeats it to Lucy saying, "You don't know me—I know who I am." Protagonists can be followers just as easily as they can be leaders, but we're watching a girl who's made an accidental career out of letting others define her. How could the audience treat her any differently?

Some will read the film as a dream. I disagree—that would dilute the film's intensity. Regardless, you'll leave Martha Marcy May Marlene with fragments of scenes in your head that will be hard to shake off. Good luck.