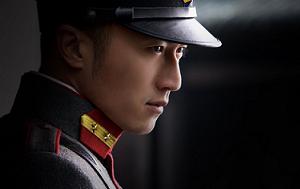 Yet another Chinese nationalist martial-arts fable in which noble tradition triumphs over corrupt modernity, Shaolin is simultaneously regal and stilted, stirring and sluggish. Benny Chan's historical epic takes place at an undetermined point in the 20th century, focusing on the power-hungry General Hou (Andy Lau) as he attempts to conquer the city of Denfeng and, with it, the Shaolin Temple, a mission that leads to massacres, casualties on all sides, and a change of heart for Hou, who's compelled by tragedy to transform himself. That redemptive arc is staged by director Chan with impressive blockbuster-scaled majesty, and highlighted by a Lau performance that boasts the star's typical grandness and emotional nuance. As with many recent Hong Kong sagas, however, the film's plotting and attendant political message are too familiar to be wholly rousing, and while its wire work-embellished centerpieces are orchestrated and shot with robustness and clarity, there's a dullness to the action that accentuates the prosaic nature of its themes. Frequently gripping and featuring a surprisingly spry supporting turn by Jackie Chan, it's a sturdy if unremarkable effort whose domestic box-office prospects seem unlikely to extend past a niche kung-fu fan base.

Driven by a belief that opportunities to kill weakened enemies should never be squandered, and described by his daughter (via a drawing) as "Daddy likes to fight," Hou is a ruthlessly ambitious military man whose plans are destroyed when, while attempting to assassinate a long-time colleague, he's betrayed by his second-in-command Cao (Nicholas Tse) and suffers a horrific familial loss. This leaves Hou a wanted man, and after assistance from a local Cook (Chan), he repents and asks to be accepted into the Shaolin Temple. There, his hair is shaved and his greedy desire for wealth and domination—epitomized by a proposed deal to receive machine guns in return for allowing evil Americans to build a railroad through the mountainous countryside-is replaced by a love for humility, purity and other Buddhist virtues. It's out with the vile new and in with the honorable old, with the story promoting conservative values via the same brand of anti-foreigner, anti-technology lessons that typified the recent Ip Man series. Fortunately, Lau exudes a sincerity that sells Hou's conversion, even if his protagonist's gradual embrace of hard work, modesty and selflessness is paced so patiently that the film eventually comes across as dramatically drawn-out and—whenever distracted by a subplot involving Robin Hood-style monks—slightly indulgent.

Utilizing a standard Hollywood-style aesthetic template, director Chan's sweeping pans, crane shots and close-ups all carry with them an appropriate air of import. Similarly, an early sequence involving Hou's flight from an army of killers—culminating with the character suspended between two speeding horse-drawn carriages, an axe embedded in his shoulder and his daughter screaming for his help—has a vigor that's exhilarating. Too bad, then, that so many other battles are resourcefully executed but lack any real spark, content to provide the usual cornucopia of furious fists, gravity-defying kicks and blade-on-blade clashes. More combat cartoonishness would have benefited the proceedings in the same manner that less cartoonishness might have provided more emotional heft to its storyline, since the over-the-top villainy of Cao—who thinks nothing of gunning down innocents while flashing devil-eyes from behind his expertly tousled bangs—causes the tale to operate in strict black-and-white terms. Nonetheless, the overall elegance and workmanship of Shaolin generally trumps these deficiencies, as does the invigorated comedic performance of Jackie Chan, who in a skirmish during which his non-violent Cook employs kitchen skills to fell opponents, proves that, recent stateside fiascos to the contrary, he's still got it.