close
A legend as big as the man 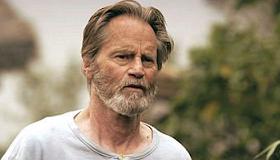 According to Blackthorn's opening credits, some investigators believe Butch Cassidy and the Sundance Kid didn't die, as the history books say, in a blaze of South American gunfire. In a way, to believe the textbook death is not to believe the legend. Presuming their whereabouts to be as mythic as their personae, Blackthorn follows a salted but genteel Butch as he writes letters to the kid he calls nephew and leaves his life in Bolivia to meet his only living relative. The intercession of a more modern criminal—a corporate criminal by the standards of 1927 Central America—compels Butch's loyalties as well as his nostalgia. Flashbacks to Butch as a young man support the thematic troubles he faces here, set in many parts of Bolivia in 1927. It's a trenchant modern western and fans of the genre should embrace it for more reasons than just the presence of the epic Sam Shepard who, by the way, owns this Butch Cassidy.

Raising horses in Bolivia under the alias "Blackthorn," Butch Cassidy kept his nose clean long for long enough to grow old, but the draw of his surviving nephew—or son, hard to say—is calling him back to the States. After selling his horses and setting on the trail, he's attacked by Eduardo Apodaca (Eduardo Noriega, Vantage Point, Devil's Backbone) who tries to steal his horse and the life's savings the horse carries but clumsily scares both away instead. Butch is cautious about helping the Spaniard, who explains he's being followed because he stole thousand of shares in a mine. He'll split it if Butch protects him. Apodaca doesn't know who he's dealing with but he knows the craggy man's tracking tips are keeping him alive. Part of the joy of Blackthorn is watching Shepard's tracker run mental circles around his passenger; Butch's age signifies more than time passed. When Apodaca says, "You could have been a rich man" and Butch says "I was my own man, ain't nothing richer than that," Butch turns from outlaw into reluctant role model. Of course, part of the point of the Butch and Sundance story is that celebrity changes things and what is legend but a more complex and powerful brand of fame? Blackthorn is paradoxically built on lore and defiant of it—Butch was a bad-ass in his young life, sometimes for sport, sometimes for survival, and now he wants the part of the dream he couldn't steal with bullets and charisma. This film, however, doesn't quite want to give it to him.

A flashback to the glory days shows that Butch and Sundance shared everything—including Etta Place (a smirking Dominique McElligott). The trio have great chemistry and know how to protect each other; what their guns keep at a distance their charm draws closer, and everything about them is dangerous. They're rock stars with the cool of James Dean and the skill of Bear Grillis, and the film keeps them mysterious by showing us little of them. What we see of the elder Butch feels similarly teasing. He says the occasional ponderous thing: "I've never killed anyone" he tells Apodaca, who responds like Butch just confessed his virginity. In that day and age, what surviving tracker hadn't knocked off a few? But this American legend doesn't much delve into the contradictions of his age or his lore, or even his conscience. You can't help feeling like you're missing the deconstructive half of this movie; we have reason to believe it's there. That lack is the only drawback in an otherwise sexy, swagger-filled western.