close
Devil with a blue dress on 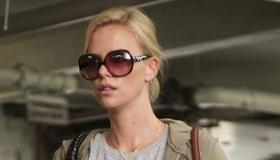 Long after the post-Juno glow has faded, director Jason Reitman and screenwriter Diablo Cody re-team with Young Adult, a darker and more accomplished outing about misdirected maturity and the destructive power of a woman made up of equal parts disappointment and Diet Coke. The film stars Charlize Theron as Mavis Gary, glorified ghostwriter of a series of YA novels and wickedly great anti-heroine, who returns to her tiny hometown to reclaim her high school sweetheart (Patrick Wilson)—paying no heed to the fact that his comfortable suburban life now includes a wife and infant daughter. Cody's snappy, spot-on writing and Reitman's clear-eyed direction should suit audiences looking for a black-as-night dramedy with bite, making the film a likely hit amongst the younger arthouse and indie crowd.

It's no surprise that the recently divorced Mavis pens teen fiction, because she still thinks, acts, and talks as if she is a teen. As she explains it, Mavis and former high school flame Buddy Slade (Wilson) are "meant to be" because "love conquers all"—platitudes that sound immature coming from high school juniors, let alone a thirtysomething career women. But Mavis is certain reclaiming her ex is her right, and so she confidently zooms into town in her messy Mini ready to steamroll anything (and anyone) who gets in her way.

What triggers Mavis' return to Minnesota is the recent receipt of a picture of Buddy and his wife Beth's (Elizabeth Reaser) new baby girl. Convinced that Buddy is being held "hostage" by his life, she's bent on rescuing him. But one minute with Wilson's Buddy reveals the truth plain as day: Buddy is a regular guy who likes his regular life. Such obvious facts don't dissuade Mavis, and she continues to hang around town, slowly slipping back into old high school habits, all while waiting for Buddy to wise up and succumb to her charms. Mavis' mission is never less than pathetic and while we laugh at her, Theron's sharp work accomplishes something much richer—after a while, we actually feel for her.

While Mavis may sell herself as a big-time author (never call her "just" a writer), her life is very clearly in shambles. Post-divorce, her apartment is in disarray, she subsists entirely on fast food and Diet Coke (sucked from the two-liter like a giant, adult-sized baby bottle), and she's unable to complete the last book of the Young Adult series that she ghostwrites. But while this type of character would normally earn pity from an audience, Mavis' messy cover barely hints at the story inside: namely, that Mavis is a modern monster made of—and for—our era of entitlement, ego and self-delusion.

Theron transformed herself to play murderess Aileen Wuornos in Monster, using make-up, hair, wardrobe, weight gain and a jolting lack of vanity to wash away her sizable beauty for award-winning effect. But in Young Adult, she goes one step further. Mavis is stunning, and she works hard to gussy herself up when the time is right (buying hair extensions, mining the local department store for chic attire), but here Theron crafts a new type of beast who masks her cruelty with an angelic face. It's both unnerving and amusing to see the well-turned-out Mavis viciously attack her victims, repeatedly sealing up one character's assessment of her as a "psychotic prom queen bitch."

And though Mavis' antics are continually funny, Cody slices through her complete lapses of judgment and manners with a mounting sense of heartbreak and horror. Even old bonkers Mavis is capable of exhibiting moments of piercing lucidity, such as when she calmly announces to her parents that she "thinks she may be an alcoholic." While her folks laugh it off, the truth lingers with Mavis—and it lingers with us.

But while Theron's fearless performance is admirable and gutsy, it's Patton Oswalt's turn as her former classmate Matt that is the hands-down stand-out of the entire film. Unnoticed by Mavis in high school, Matt becomes Mavis' primary confidante, a friendship eased by Matt's copious supply of homemade bourbon and his own teenage demons—it's as hard for this former geek to relate to people as it is for Mavis. But Matt is able to do what no one else can: he humanizes the she-devil. In a different world and through a more skewed lens, Young Adult would play as the love story between Matt and Mavis, but in this world, and through Reitman and Cody's lens, the two find themselves getting something maybe only one of them truly deserves—a friend willing to hear all the stories, even the ones better left on the shelf.