close
The Rape of Nanking in another light

The Flowers of War 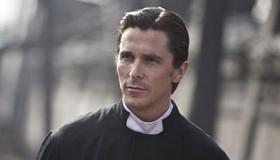 Zhang Yimou's visually stunning style is evident throughout his latest, and most ambitious film, The Flowers of War, an international production that represents China's most expensive ($90+ million) ever and stars Oscar winner Christian Bale as an American trapped with a group of women in Nanking during the invasion of the Japanese army in 1937. China's official entry for Best Foreign Language Film should draw both fans of Bale and Yimou to turn a tidy profit, though its scenes of the massacre and violence against women could limit some of its box office potential, particularly among Bale's female fans. The sheer scale of the movie should have broad ranged appeal among arthouse audiences, and maybe beyond.

Although inspired by historical events, the emotional and human core of the story is taken from Geling Yan's novel, 13 Flowers of Nanjing and emphasizes the toll of the brutal "Rape of Nanking" and the courage required to survive it. Bale plays John Miller, a hard drinking American mortician who finds himself trapped in a church with a group of prostitutes and schoolgirls when the invasion begins. The courtesans are led by the beautiful Yu Mo (Ni Ni) and along with the innocent schoolgirls are put through the ringer until John's reluctant heroism takes root in a battle for survival.

Some of this, including one particularly gruesome scene of rape and pillaging in the church, is quite hard to take, but Zhang Yimou (House of Flying Daggers, Hero, Raise the Red Lantern) still manages to find beautiful cinematic images throughout with the usual exemplary work of his six-time cinematographer Zhao Xiaoding. The film gains its truly spectacular look and feel from its epic scope but clearly Yimou is far more interested in the humanity that survives these trials and the message of hope sent my Miller's moral reversal. Shot in Mandarin and English the film feels entirely authentic, especially in the way Miller communicates with the locals. Bale, whose debut in Empire of the Sun was also set in China, is perfectly cast here. He plays a combination of irresponsible American bravado and new found dignity with a perfect sense of character. The women cast opposite him are mostly from the area and many are non-pros, but all appear completely professional and accomplished, with a standout performance from Ni Ni as the lead prostitute and Zhang Xinyi as Shu, the schoolgirl at the heart of the story. Also impressive is Huang Tianyuan as George, a young boy who is taking on big responsibility to protect their sanctuary after the school's priest is killed. Also quite touching is Cao Kefan as Mr. Meng, a Chinese civilian doing everything he can to save his daughter.

The Flowers of War is ultimately an inspiring, stirring and unforgettable human drama in the face of a horrifying war. It is highly recommended.