close
A powerhouse from Peter Weir 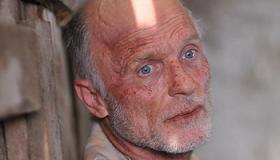 After a prolonged absence, Peter Weir returns and delivers a thrilling epic adventure on an independent budget with The Way Back, a grueling, stunningly photographed story of a group of prisoners who escape a Siberian gulag and journey through five hostile countries to gain freedom. Filmed with David Lean-like restraint, this riveting film is grand entertainment of the sort Hollywood has forgotten how to make. Fortunately Weir hasn't forgotten, and employing a first-rate cast he delivers a story of man versus nature worth savoring. After getting a week-long Academy qualifying run just under the wire in December, the film will open in several hundred theaters on January 21st where discerning audiences should, if there's any justice, lap up this fine new work from one of the industry's most talented directors. Unfortunately, a small marketing budget may provide the film's distributor, the newly merged Newmarket and Wrekin Hill Entertainment, box office returns of little significance.

Weir returns to the screen after a seven year absence (his last was 2003's Master And Commander: The Far Side of the World) but this six-time Oscar nominee has lost none of his own command, using his scrappy abilities to craft a complex epic film adaptation of Slavomir Rawicz's novel, The Long Walk: The True Story of a Trek to Freedom, a combo prison drama/survival adventure about a core group of prisoners who plan a great escape during the harsh Siberian winter. Leading them is a young Pole named Janusz (Jim Sturgess) who has both impressive survival skills and strong personal motivations to get out. Sensing he has the right attributes to launch an escape is the Russian actor Khabarov (Mark Strong) whose daily fantasies previously revolved around the impossible notion of freedom. This time, however, other veterans of the gulag are itching to escape too, and they rally around Janusz. The group includes the volatile but crafty Russian Valka (Colin Farrell), an American engineer named Mr. Smith (Ed Harris), Poles Tomasz (Alexandru Potocean) and Kazik (Sebastian), Latvian Voss (Gustaf Skarsgård) and the amusing Yugoslav Zoran (Dragos Bucur). Although the first 30 minutes are set in the confines of the prison, the bulk of the film follows these distinct characters on a remarkable journey that encompasses all types of obstacles and weather conditions, from the freezing Siberian woods to the empty canvas of Mongolia to the vicious sandstorms and sweltering heat of the Gobi Desert. Along the way they meet a young female refugee (Saorise Ronan) who joins them on their quest, though there is much disagreement as to whether she should. It's survival of the fittest but the film's power comes in the nicely defined relationships within this disparate group and in the suspense surrounding who will make it, and who won't.

Standouts among the cast are Harris and Ronan who develop a touching father/daughter surrogacy and Sturgess who is tough and wily throughout. Best of all is Farrell who steals every scene he's in as the violent but cagey Valka. Yet, the real star may be Oscar-winning cinematographer Russell Boyd, whose cameras captured the stunning vistas and ever changing environments beautifully.

An outstanding achievement in every respect, let's hope it signals ‘the way back' into the mainstream for its gifted director.