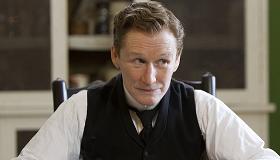 Glenn Close produces, scripts and stars in this Victorian drama, making an attention-worthy (if transparent) bid for Oscar consideration. She plays a convincingly understated waiter, a woman masquerading as a working class man, so frightened of being found she lives in social anonymity—though, ironically, her peers call her by her full name so often it could be turned into a drinking game. Flying under the radar of class and gender performance, Albert has hidden her secret under cover of solitude and when her employer requires she let a man share her bed, her secret (and breasts) gets loosed, and you learn this post-middle aged survivor of social strata made it very far with dangerously little introspection. Repression is one thing, but discontent generally breeds self-knowledge and rich interior lives, two things that are eerily absent here. Regardless, the film features some really intriguing conflicts and solid performances throughout. This week's Oscar Nomination for Close (best actress) will boost the box office of this prestige pic considerably.

Albert Nobbs has provided such exemplary service as a waiter in an upscale hotel that "he" has become something of a legend. No one, of course, has any idea he's a woman. He's closed off his borders with such strictness there's no penetrating them, and as a result he's worked at this hotel for years and made not one intimate friend. A journeyman painter (Janet McTeer, stunning) comes to do some work at the hotel and the owner, insisting the hotel is full, forces Albert to take the man into her room. Since confrontations are neither tolerated nor particularly discreet, Albert complies. Though she'll say it was a flea in her corset, Albert's reveal to her temporary bedmate seems provoked by latent fascination—as if she knows the painter could grasp her secret. And when the painter reveals he's not only a woman but also married happily and running his own business, it seems like that nest egg Albert's been building could help him start a completely functional life as a "free" "man." The world is his/her oyster—but the mysteries of marriage remain far removed. Albert sees matrimony as a cure for stifling loneliness, not the sweet release of desire. So, when Albert tries to take a pretty maid (Mia Wasikowska) for a mate, the maid takes him for all he's worth and gives the spoils to her good-for-nothing boyfriend (Aaron Johnson). The casual cruelty of Victorian society seem reason enough to keep one's emotions concealed, but a body's got to live and that reality is a sticky widget in Albert Nobb's machine.

The specter of modern medicine is an ironic facet of Nobbs' world. Fat, withdrawn and wearily authoritative, Brendan Gleeson plays the hotel's bored doctor. How Nobbs' sex goes undetected through things like physicals, colds and (at one point) typhus makes the Doctor (and by extension, his field) look so delicate as to be useless. The doctor is having a silent affair with a head maid (revealed early on) and this signals a change in the film's temperature—the hotel that seems a near microcosm of Victorian social structure quickly becomes a place where transgressive aristocrats (specifically, Jonathan Rhys Myers in drag) board and everyone conjectures with sidelong glances. But knowing glances do not a full-bodied character make, and the film loses a lot of heft due to characters that suggest they think and breath without convincing us of such. Even our protagonist is ignorant to her own desires.

Albert Nobbs is stuck at the intersection of innocence and willful ignorance, without a vein of camp to alleviate the crushing earnestness. Where is Oscar Wilde when you need him?