close
Not without my cargo! 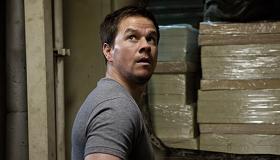 This Americanized version of the 2008 Nordic thriller Reykjavik Rotterdam transfers the original's gritty, violent action into an entertaining and intense starring role for Mark Wahlberg as an ex-criminal-turned-family man who is sucked back into the underworld of counterfeit money smuggling. The switch of locale from Iceland to New Orleans is smooth in an atmospheric production that benefits from the emerging directorial talent of Icelandic star Baltasar Kormakur, who here trades playing the leading man in the original for a stint behind the camera. This universal story of a man caught up in circumstances beyond his control should play well as 2012's first true action entry. Expect decent box office from Wahlberg fans as the actor is in his element and again proves himself to be a kick ass action star.

Beyond its immediate 2008 origins, this is a plot we've seen more than a few times before. Chris Farraday (Wahlberg) has put his checkered past as a locally legendary smuggler behind him to live a quiet life as a father of two boys and husband to wife Kate (Kate Beckinsale). But when his brother-in-law Andy (Caleb Landry Jones) inadvertently screws up a drug deal for vicious boss Tim Briggs (a way-over-the-top Giovanni Ribisi), Chris is sucked back into the world he was trying to avoid. On his side is loose-cannon best friend Sebastian (Ben Foster) who helps assemble a group of cohorts and head to Panama on a ship where upon landing, they have only a few hours to collect millions in counterfeit bills. Sounds tough-and that's before they run into a choice group of determined drug runners including the imposing Gonzalo (Diego Luna).

With some extreme tough guy antics, Kormakur ratchets up the violence at every turn giving Wahlberg a lot of room to increase his street cred as a bona fide action star. What he does so well is to give this role a heart and strong motivation. Farraday is no ordinary hero, and in fighting for his family he earns instant audience empathy. Beckinsale, an action star herself, is quite effective in scenes where alone in New Orleans, she has to go toe-to-toe with the bad guys. Foster, a mess of confusion and contradictions, is always watchable as a vulnerable loser who gets in way over his head. And among Farraday's gang, Lukas Haas is a standout along with the weak and worrisome Jones, both perfectly matched with Wahlberg. But Ribisi, obviously relishing the chance to play evil, looks like he's been wallowing in too many bad B-movies. His heavily-tattooed and screaming character struggles to seem anything but overcooked. J.K. Simmons is, as ever, a hoot as a ship's captain who is suspicious of Farraday's appearance on his boat and promptly assigns him to vacuum.

Although the film won't win any points for originality Kormakur invests it with style and momentum. A touch of subtlety wouldn't hurt, but the audience the generically titled Contraband is aiming for won't mind a bit.