close
A Screwball Documentary for the Singer/Songwriter Era 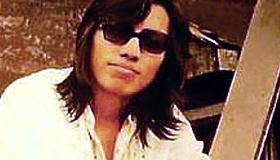 A sort of Anvil: The Story of Anvil for the singer/songwriter era with a touch of Citizen Kane thrown in, Searching for Sugar Man is a moving and celebratory new documentary about the kind of pop culture oddity the omniscience of the search engine has rendered obsolete. Like Anvil, this is a crowd-pleasing triumph of the spirit, framed around a story so bizarre it sounds like an urban legend. Handled properly, Searching for Sugar Man could easily be a breakout documentary—one that might also invigorate the impressive back catalogue of a deserving and relatively unknown musical artist.

Sugar Man is the story of Rodriguez, a gifted but failed American troubadour of the early 1970s, treated in writer/director Malik Bendjelloul's wry approach not as a man but as a sort of found object. A failure in his country of origin, Rodriguez vanished into obscurity after two albums and a half-finished third. It can't even be said he was forgotten, because he never became known. Except 8,000 miles away in apartheid-era South Africa, where the restless sons and daughters of the ruling white minority were looking for a way out of their vile birthright, and this mysterious poet of social justice and self-actualization struck a chord as resonant as The Beatles.

No one even knows how Rodriguez' music made its way to South Africa, but once there it took root swiftly and he became an instant legend—bigger than Elvis Presley or the Rolling Stones. Hamfisted government attempts at suppressing his records only increased his popularity, and rumors that Rodriguez had killed himself onstage put him high in the pantheon of rock morbidity, right beside Hendrix, Joplin and Jim Morrison.

Bendjelloul takes this offbeat tale of unintended consequences and turns it into a loving celebration of the healing and unifying power of music. Ripped from the cultural context of Rodriguez' native Detroit, his songs nonetheless become devotional artifacts half a world away, and even help to inspire social change. The "search" of the title is undertaken by two obsessed fans who simply have to know more about their hero, and the unlikely outcome of their quest is both joyous and earned. It's screwball comedy, all the more delightful because it's taken from life.

Through it all, the mysterious Rodriguez emerges as a man of uncommon dignity and grace. His songs—which the film likens to Bob Dylan but which are closer to the Harry Chapin/James Taylor template—are articulate and emotionally honest, and the testimonials from key figures in his life are uniformly loving and tinged with admiration. One hopes another plot twist is in store for this unlikely hero, and that Searching for Sugar Man will at last bring a lost creative achievement out of the shadows in the land of Rodriguez' birth.