close
Yes, it is. And it’s an incredibly important one.

This Is Not A Film 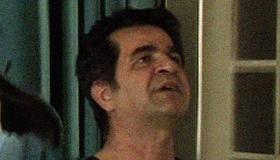 The tragic tale of imprisoned Iranian filmmaker Jafar Panahi is brought to light in This Is Not A Film, a stirring look at an artist forced to abandon the work he loves so much. Along with friend, collaborator and contemporary Mojtaba Mirtahmasb, Panahi documents his claustrophobic life while appealing a six-year prison sentence and a 20-year ban from filmmaking received after vocally supporting Iran's opposition party in 2009. This Is Not A Film is politically charged, but it's no rabble-rouser. Panahi never launches into long-winded tirades against his oppressors—his pained expressions say enough. Unfortunately, the kind of subtlety on display can't sell tickets to moviegoers accustomed to loud-mouthed pundits. Theatrical prospects are modest for a film that will surely find more of a following on home-viewing platforms.

The fact that Panahi lost his appeal in October 2011 infuses this cry for attention with a profound sense of loss. Aided by modern technology—the film was smuggled into France on a flash drive placed inside a cake and some scenes were shot using an iPhone—we witness the stifling of an artistic voice in full bloom. The world has more than paid the cultural price for readily available technologies, but Panahi's dispatch proves that the same tools that gave birth to droves of un-talented web "stars" can also be the path to liberation.

With Mirtahmasb filming, Panahi passionately blocks out a screenplay in his living room that will probably never be put to film in its intended form. The process proves to be emotionally draining for Panahi and he eventually retreats into solitude. Yet Panahi is compulsive—he can't prevent his artistic instincts from escaping. In the final scene, the director finally caves in and picks up Mirtahmasb's camera to interview a graduate student majoring in Art Research who works part-time as a trash collector in his apartment complex. As the student recounts to Panahi that he was in the complex the night that authorities barged in, you can feel the director's anguish from behind the lens. It's an undeniably moving conclusion.

Filmmakers who combat suicidal thoughts when a studio won't give them a few million should find This Is Not A Film humbling. To Panahi, the rulers of Iran are infinitely worse than any tyrannical studio executive. Panahi is fighting a battle in which reason and logic hold no ground—political power rules the day.

It's devastating that Panahi's voice is being silenced at a time when the world is enthusiastically embracing the cinema of Iran. A Seperation's Best Foreign Film victory at the Oscars—the country's first—could lead to more interest in Iran's artists and provide a humanizing force to counter the vilification of an entire country. To think an image of Mahmoud Ahmedinajad lurking around a nuclear facility represents Iran is as naïve as saying that George W. Bush speechifying on an aircraft carrier represents America. Both This Is Not A Film and A Separation masterfully show Iranians that are full of the same passions, concerns and desires as the rest of the world—an incredibly important accomplishment now that the drumbeat to war grows louder each day.