close
“Wish You Were Here” is always an overstatement 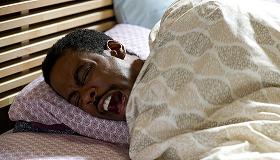 It's hard to imagine that the events of 2 Days in New York could possibly transpire within a span of only two days, an implausibility that doesn't seem to concern Julie Delpy. In fact, the enduring and boisterously multi-talented French filmmaker has seemingly made a formal sequel to 2007's quietly adored 2 Days in Paris in order to grapple with all of the ways she's lost track of time. 2 Days in New York is another genial but stubbornly generic comedy that breaches obvious material with ribald flavoring and rabid charm, reacquainting us with Delpy's motor-mouthed Marion five years down the road. Now a divorced Manhattanite with a rocky career as a photographer, she shares a swank downtown apartment with her new boyfriend, Mingus (Chris Rock). It's a nice pad, but the place starts to shrink once Marion's eccentric family arrives for a transatlantic visit, amping her neuroses off the charts and forcing her to confront the value of her own happiness. Lubomir Bakchev's hyper-crisp digital photography makes NYC look like a plastic play-land in which only the good things stick, helping 2 Days in New York to feel like a pleasant indie trifle that should thrive on VOD during the dog days of summer.

Marion has it all; she just doesn't know what to do with it. She's on the cusp of 40, yet still young enough to speak almost exclusively in dick jokes, and her relationship with Mingus, despite being only 6-months-old, is so secure and mutually satisfying that their respective kids have already grown attached. Marion's career as a photographer has blossomed to the point where she's able to quit her day job, but the centerpiece of her upcoming gallery show isn't a new picture, it's her soul, which she's auctioning off to the highest bidder (with a "buy it now" price of $10,000). Marion is living a world that she designed but doesn't entirely understand how to appreciate, and then, during the most fretfully happy week of her life, her kooky and recently widowed father arrives from Brittany-with company. On top of the 30 pungent pounds of sausage he tried to smuggle into the country, Marion's dad (played by Julie Delpy's real father Albert, reprising his role from 2 Days in Paris) has brought along his other daughter, Rose (Alexia Landeau), as well as her endearingly sleazy boyfriend, Manu (Alex Nahon). To make matters worse, Manu has previously dated Marion, a conquest about which he proudly boasts to anyone within earshot, Mingus included.

From that point, 2 Days in New York effectively pans out as a love story between Julie Delpy and fish-out-of-water gags, as the film spends a disproportionate running time doting on vaguely Gallic eccentricities. Rose hits on Mingus, Manu hits on everyone, and Marion's father insists on measuring his young grandson's penis (when he's not busy exposing himself at a Vietnamese bathhouse). The film functions best as a grand French farce in the classic tradition of Ozon and Oury; Delpy may be more interested in warm smiles than she is deep laughs, but she again exhibits a rare command of comedy, understanding precisely when a character has overstayed their welcome (and promptly deporting them). 2 Days in New York, like its predecessor, is thick with exasperated affection, and even as the film sags to banality in its middle portions, the palpable love between everyone on screen keeps things moving.

Meanwhile, Chris Rock delivers his most real and restrained performance this side of I Think I Love My Wife, but while Mingus' clear-headed attitude makes him a perfect foil for Marion's family—he's so unflaggingly reasonable that his relationship with Marion never feels at risk. It's a refreshing twist on the type of romantic comedy that typically derives the brunt of its drama from irrational overreactions, and 2 Days of New York unspools like a wry character study that's forced to settle as a comedy of manners. Amidst a parade of enjoyable scenes (including a standout phone call between Marion and an offended customer service agent), one gets the sense that Delpy is as confused as her proxy protagonist, overwhelmed by all of the good material at her disposal but at a loss as to how she might tie it all together into a satisfying whole.

Eventually, even the film's most exhilarating moments begin to clarify the extent to which Delpy's film has become unstuck, the year's silliest and most satisfying cameo—dropped into the third act with a sublimely casual touch—ultimately suggests the movie this could have been. It isn't a problem that 2 Days in New York is implausibly stuffed with incident for a movie that transpires over the course of just 48 hours, the trouble lies in how much time it still manages to waste.