close
Short on smarts and scares 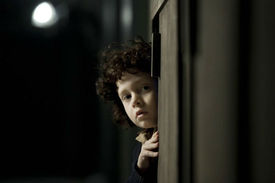 Child abductions plague a rural Washington State town in The Tall Man, but the more pressing affliction in Pascal Laugier's film is the absence of chills, logic and coherence. Initially masquerading as a horror film before segueing into something far more preachy and less compelling, this story of a nurse, Julia (Jessica Biel), whose young son becomes the latest victim of the legendary Tall Man is a hopeless grab-bag of clichés and cornball twists, all of it taking place in a misty milieu that—from its muddy roads, trailer parks, ramshackle schools, and eerie woodland areas—is designed to provide as many hackneyed thriller elements and locations as possible. No amount of grungy settings, alas, can help drum up actual suspense, which evaporates at a rate quicker than basic storytelling lucidity, as Laugier's story takes a sharp right turn at its midway point and never recovers any semblance of rational sense. Throw in Jodelle Ferland as a mute young girl who communicates via scrawling in her sketchbook and Stephen McHattie as a standard-issue grizzled police lieutenant, and the result is a film that feels stitched together with the tattered remains of countless spookshow predecessors, leaving the box-office fate of this fiasco (already out on VOD) looking mighty scary.

Julia is the beloved nurse of Cold Rock, which has fallen on desperate times since the closure of its mine. Its streets are filthy, its classrooms empty, and its playground swing-sets broken. Worse, everyone is panicked over the spate of abductions supposedly perpetrated by the Tall Man, a shadowy specter who eventually comes for Julia's young son David (Jakob Davies). The fact that David isn't even mentioned during the film's first 20 minutes—making his existence an out-of-left-field surprise—is the first tip-off that something about Laugier's tale is amiss. However, it's not the last, especially once some random caregiver for David is also introduced but never properly explained, and then David is snatched in the middle of the night and Julia takes off in pursuit. That chase leads to a confrontation with the kidnapper that radically shifts the trajectory of The Tall Man, albeit in a way that's contrived and clumsily handled, as characters' refusals to answer each others' basic inquiries is the writer/director's frustrating means of maintaining mystery. That strategy, though, only compounds the fact that the material has been edited in a haphazardly oblique manner that turns following the basic plot into an exercise in frustration.

Julia's relationship to the Tall Man does eventually become clearer, yet such revelations are ultimately as dispiriting as Laugier's look-at-me camera pans and CG-enhanced scene transitions are distracting. Biel emotes with gusto without ever selling herself as a nurse, mother or zealous do-gooder, and while McHattie exudes calm cool in a part that only requires him to act gruffly authoritative, Ferland is stuck with the thankless and unintentionally funny role of a willful mute struggling with familial dysfunction—all of it epitomized by a gaggle of generic scumbag rednecks behaving badly. That The Tall Man devolves into a jumbled mess is bad enough; worse still is that it also slowly reveals an interest in social-issue commentary about economic hardship and child welfare that it's thoroughly ill-equipped to handle. Concluding with an open-ended question that's meant to compel viewers to debate its central "What-is-just?" predicament long after the credits have rolled, the film instead merely elicits head-scratching frustration over its severe shortage of formal grace, thematic eloquence, and narrative originality.