close
Clint Eastwood hits it out of the park

Trouble with the Curve 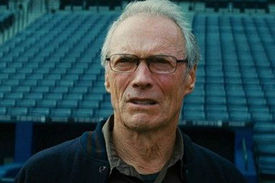 Clint Eastwood and a superb cast hit it out of the park in Trouble With The Curve, a great entertainment filled with heart, humor, family drama and fantastic acting. It's less a baseball flick, and more an engaging father/daughter relationship film that uses America's favorite pastime only as a bridge to get to the real heart of the matter. As an aging baseball scout battling failing vision, Eastwood must compete with computer programs and younger corporate know-it-alls, plus deal with a grown daughter (Amy Adams) who only wants his attention. This smart and extremely likeable outing has the veteran star right where he belongs and should draw his fans and beyond. If Eastwood's recent "trouble with the chair" at the Republican convention doesn't keep Democrats away, Warner Bros should have a sizable fall hit that can stay on base for several weeks. To use the lingo of Eastwood's character Gus, "It's got promise, kid."

Gus (Eastwood) is a proud career baseball scout facing down the sad reality that computer programmers think they can spot a promising ballplayer better than the grand old man. (Blame last fall's hit Moneyball.) The game—and how players are recruited to the game—is changing, and so is Gus. He's painfully aware that all those years on the road caused him to neglect his daughter Mickey (a simply terrific Amy Adams), now a lawyer. Yet despite her successful job, she's really a tomboy who'd rather hang in the baseball stands with her dad and maybe even quit the corporate world to follow in his footsteps. Her own efforts at creating a real relationship with her father take a toll on her career and get complicated further still by a slow-building romance with Johnny (Justin Timberlake), a rival baseball scout. Despite all his problems, Gus clearly still has a natural affinity for finding the talent to make the team but is constantly at odds with new ways of doing business in the front office, particularly in his bouts with cocky executive (Matthew Lillard) who so trusts in his computer-generated data that he convinces the club's owner to sign a player Gus says is incapable of hitting the curve.

Eastwood, taking a rare respite from the directing reins, is at ease in the role, never hitting a false note as he creates a three-dimensional man and very recognizable character finally dealing with everything he's neglected as he nears the end of his career and life. This is Eastwood the way we love to see him: the performance he was born to give, and his best in years. His chemistry with Adams is perfection and you root for these two despite the curves thrown in their own relationship. Timberlake also scores, as the former pop star is surprisingly engaging as a young scout with an eye both for players but also Adams. Lillard is appropriately menacing and annoying, and as a bonus, there's a fine supporting group that includes veterans John Goodman and Ed Lauter. Giving directorial control to his longtime producer Robert Lorenz proves to be an excellent idea for Eastwood who, given enough time and care, can still nail a great role. And he's got one here.