Fangs for the Memories, Part Deux

A mea culpa up front: if you were here yesterday, you'll recall that I bemoaned the dearth of vampire flicks in our immediate movie-going future. Seems I was premature in that assessment; reader Nora Charles has reminded us that Twilight, an adaptation of Stephenie Meyer's best-selling novel about teen bloodsuckers whose hair is perfect, will be slithering into theaters this December. As reported in Entertainment Weekly, "the movie will follow the novel closely: Pretty but awkward 17-year-old Bella moves to a small town in the Pacific Northwest and falls in love with Edward, a heartbreakingly beautiful vampire. Edward also falls for Bella, but his desire for her barely controls his instinct to devour her. It's this combination of passion and danger, of course, that surrounds this teen romance with a halo of epic, doomed love."

Yeah, whatever. Here's the trailer.

As you can see, what we seem to be looking forward to here is a cross between Interview with the Vampire... 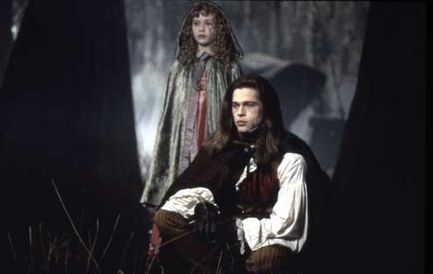 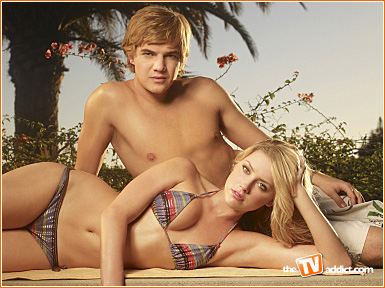 For my money, though, if you're going to do a movie about vampires among us, you'll probably never do better than Bad Lieutenant auteur Abel Ferrara's 1995 The Addiction, starring Lili Taylor, Christopher Walken, and the pre-Sopranos Annabella Sciorra, Edie Falco and Michael Imperioli. The premise: Everybody in the sociology department at New York University is actually one of the Undead. Actually, now that I think of it, that's probably true, but in any case, here's a clip from the film that gives you an idea of a typical faculty function.

Now there, my friends (as John McCain would say) is a vampire flick with bite. The DVD version seems to be out of print at the moment, but you might be able to score a copy here. In the meantime, midterm grades will be posted on the bulletin board outside the student lounge.