After my musings on The Dark Knight appeared here the other day I got an e-mail from a friend who, shall we say, had a different take. "Steve," he wrote, "what's with you and this new Batman movie? I just saw it on your recommendation and I thought it was an incoherent mess. Please explain, or at least reimburse me twelve bucks for the ticket."

In any case, the blessed lack of Katie Holmes-ishness in The Dark Knight got me thinking about some other MIA actresses, and by that I mean a few who weren't that much older than me and inspired what I assumed were secret crushes back in my long ago childhood. If you were around these parts a month ago, you may recall my heartfelt paean to one such -- fabulous summer blonde surfer girl actress Andrea Dromm, of The Russians Are Coming, The Russians Are Coming fame. And now, for whatever reason, the providentially-absent-from-The-Dark-Knight Katie Holmes suddenly reminds me of a far lovelier and far more talented actress from those dim dark days. 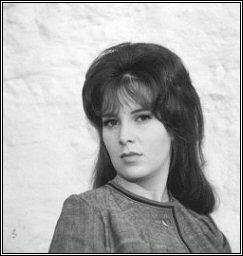 Short version: Born in 1941, best known for her role as Peter O'Toole's mistress in The Lion in Winter (Golden Globe nominated, although she lost to Ruth Gordon in Rosemary's Baby), and a familiar face from a whole bunch of British TV series, including Secret Agent, The Avengers and The Saint. Isn't she just the cutest thing?

Here's a sample of her work in gorgeous 60s color. That's her, practicing her ESP, in the groovy striped shirt opposite Patrick McGoohan in the classic episode of The Prisoner "The Schizoid Man." Heavy sigh, as Mork from Ork used to say.

A brief visit to the Google revealed that Ms. Merrow is alive and well and still working at her craft, a fact I must confess kind of made my week. And so here she is in a recent and utterly fetching head shot. 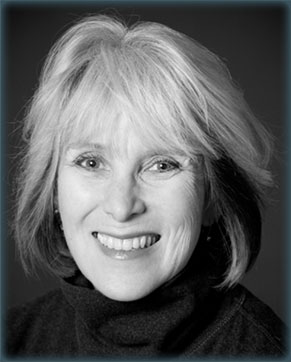 Isn't she still just the cutest thing? Well, I think so. In any case, for more on her, including some other equally cool Sixties videos, check out her official website.