Did the whole Manichean Duality summer blockbuster thing over the weekend -- i.e., caught both The Dark Knight and Mamma Mia! at my Hell Octaplex -- and while they were each enjoyable, I did come away with what may be some ominous news for 20th Century Fox's Christmas bottom line.

Mamma Mia! -- Pierce Brosnan sings! (He sounds a little like Richard Thompson, if truth be told). Some critic on TV said "You'll enjoy it even if you hate yourself afterwards." Well, no, actually, I feel fine about myself. Hated the movie, though. The Dark Knight -- Katie Holmes isn't in it! They figured out a way to get the Batman's eyes to look like the white slits in the comic book! Katie Holmes isn't in it!

Anyway, if you were with us the other week, you may recall that I expressed a cetain skepticism about the efficacy of casting Keanu Reeves in the Michael Rennie/alien ambassador role in the forthcoming (December 12th) remake of Robert Wise's 1950 The Day the Earth Stood Still, one of the handful of sci-films that genuinely deserves the appellation classic. Well, at the packed to the rafters Dark Knight show I attended, I got to sit through the trailer for the remake...

...with an audience for the first time, and I am here to tell you that the minute Reeves appeared on screen, in fact before he even opened his mouth, the Batman-stoked crowd was laughing uproariously. And by the time he delivered his first line -- the immortal "Yes." -- they were rolling in the aisles.

Whatever else need be said about this, I think we can all agree that Fox has brought it on itself. For what it's worth, there's no question that over the years Hollywood has had the odd habit of allowing Reeves to be cast in roles that, shall we say, require a certain willing suspension of disbelief. 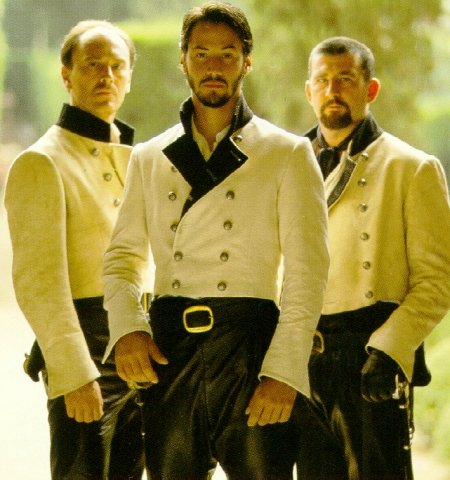 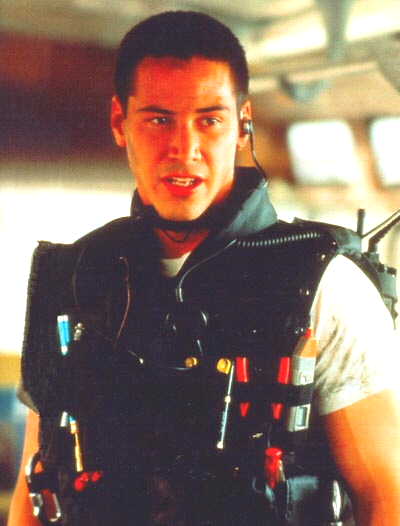 And of course, who can forget my personal favorite -- Keanu Reeves as a nuclear machinist in Chain Reaction (1994), for which I can find no photo of its star in a lab coat, but you get the idea.

Alright, then, a brief recap for the executives at Fox:

The next time you consider casting Reeves as somebody like this Klaatu guy... 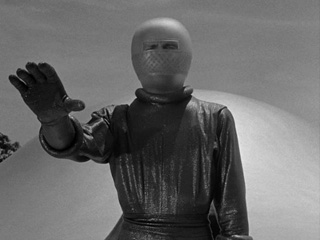 ...remember that you're actually casting somebody who'd be more appropriate playing... 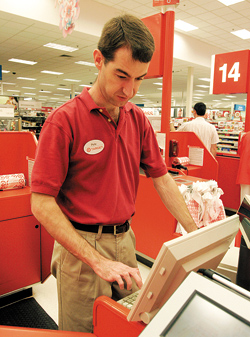 ...a cashier at Targets.

Thank you, and you can discuss my Exec Producer credit on the sequel with my agent Morty. He's in the book.