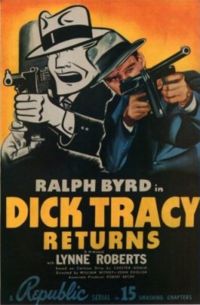 And speaking of old time serials, as we were yesterday, we note with some pleasure the DVD release (by VCI Entertainment) of one of the best of the genre, the 1938 Republic chapterplay Dick Tracy Returns starring Ralph Byrd. In the New York Times today, Dave Kehr describes it as "a pip: 15 chapters of magnificently staged, marginally plausible action," which pretty much sums it up, and the VCI transfer does it full justice. In any case, you should watch it if only as a corrective to Warren Beatty's 1990 big budget treatment of the character, which like the King James Bible was written by committee (but definitely not a masterpiece).

DTR isn't my favorite Republic serial, though; that honor still goes to The Fighting Devil Dogs, from the same year.

TFDDs isn't actually one of Republic's best -- it recycles a lot of special effects footage from their first Tracy serial from 1937 (mostly shots of the magnificent Flying Wing), and there are two whole chapters that do nothing but recap earlier stuff -- but it remains my fave because of the coolest serial villain of them all, dark-helmeted meanie The Lightning!!! 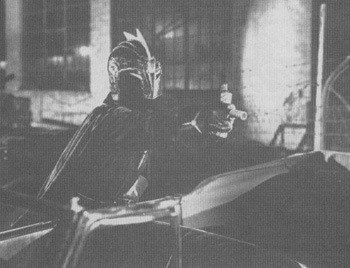 Any resemblance to a certain heavy-breathing George Lucas character from a Long Time Ago in a Galaxy Far, Far Away... 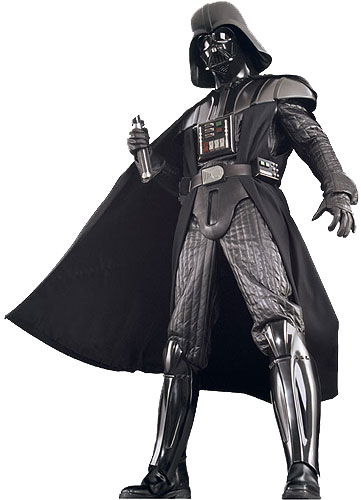 ...is, obviously, a complete coincidence.