I Loved It! It Was Better Than Cats!!!

Self-absorbed nit that I am, I was just casting a fond eye at my review of The Rocker (a masterpiece that, as Steve Martin says in The Man With Two Brains, is unsurpassed and will probably make my name live beyond eternity) and it suddenly dawned on me: it doesn't have a blurb line suitable for the newspaper ads. Well, maybe one -- "[It] goes down pleasantly enough while you're watching, although if you bothered to think about it, you'd probably be annoyed" -- but that's probably a little long. 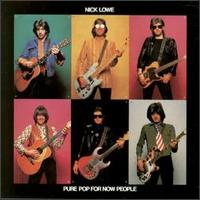 Seriously, this is sort of a sticking point for me; if memory serves, the only time something I wrote ever got used in a blurb was sometime in the late 70s, in a Columbia Records ad for Nick Lowe's Pure Pop For Now People album. I don't remember what I said specifically, but I definitely remember being pissed off that the ad credited Stereo Review and not me personally. And since then? Nothing, and believe me, I've done everything but set myself on fire in an attempt to get noticed by the PR types. Really -- most of the time I'm as quotable as Larry King, of whom TV critic Richard Roeper put it in his roundup of 2006 Hollywood trends: “Al Gore was bigger box office than Lindsay Lohan. Borat lapped Jack Black. And Larry King liked everything.”

Anyway, I mention this because over breakfast this morning I was immersed in the great soothing warm bath that is the New York Times Arts and Leisure section and the following quote, adorning the ad for The Dark Knight, all but leapt off the page and hocked a lugie in my direction. Oddly, it was from the aforementioned Richard Roeper, who said -- "See it. In fact see it twice."

Now, maybe it's just me, but I found that a little off-putting. Roeper wasn't explaining why we should see it, he was demanding that we do. And not just once. I mean, I hate to use the F-word, but that's a little, well, fascist, don't you think? It's like -- see it or we come to your house and drag you to the theater, schmuck. Seriously, I can't believe, given the vast adulatory press TDK has gotten, that somebody at the publicity department at Warner Brothers couldn't have come up with a slightly less threatening blurb. "I didn't want it to end!" -- Larry King. That sort of thing.

In any case, and I realize the following may strike you as perhaps unnecessarily convoluted and discursive, I bring the whole business up because as I was reading the ad, it reminded me of my all-time favorite blurb in movie history. I don't know who wrote it, but it graced an ad for the 1988 Joe Piscopo/Treat Williams vehicle Dead Heat. In case you missed it at the time (and given the downward arc of Piscopo's career since then, I'm guessing that you, like most people, did) that's the one where Williams plays a police officer named Roger Mortis (Mortis -- get it?) who's killed while attempting to arrest a bunch of zombies who commit armed robberies for some criminal mastermind somewhere. Needless to say, he becomes a zombie himself, and tries to track down his killer in the short time he has before his body crumbles to dust, ultimately leading to the moment when his reluctant partner (Piscopo) gets to say "Roger, I think this is the end of a beautiful friendship."

Bottom line: It's a thoroughly awful movie, and the fact that the trailer is actually available on YouTube --

-- is causing me to rethink my earlier assertion that YouTube is the greatest contribution to the sum of human knowledge since the Library at Alexandria.

In any case, here's the blurb:

"The Best Buddy-Cop Movie of the Summer!"

That's so perfect in so many ways (not the least of which is that it assumes that buddy-cop movies are now such a beloved genre that people actually anticipate their seasonal arrival, like they were beaujolais nouveaus) that it's all but impossible to top. Which is why I'm actually not all that upset that nobody's going to pull a quote from anything I write any time soon. In any case, I salute its sadly unheralded author; it's just a damn shame such brilliance will not, alas, make his or her name live beyond eternity.