A Screaming Comes Across the Sky 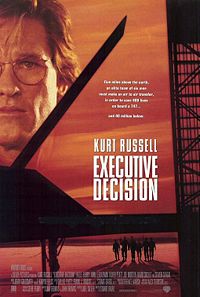 From a press briefing on May, 17 2002 by (then) National Security advisor Condoleeza Rice, about the events of 9/11.

A movie in which some Middle-Eastern terrorists hijack a commercial airliner, load it with a huge bomb, and try to detonate it over Washington D.C.

A movie, we should add, that was made with the full cooperation of the Pentagon.

"I don't think anybody could have predicted..."

Oh, well. At least they killed Steven Seagal off in the first half an hour...