DVD Event of the Week: Is it Warner's remastered 25th anniversary edition of Tom Cruise in Risky Business? Is it Kino International's gorgeously restored version of F.W. Murnau's silent classic The Last Laugh? Or could it conceivably be Fox's new disc of M. Night Shyamalan's The Happening, featuring the adorable doe-eyes of Zooey Deschanel and a lot of killer plants we never actually see doing anything?

All worthy, to be sure, although The Happening seems even sillier on DVD than it did in theaters, and I'm going to rave about Kino's Last Laugh next week. But for my money the prize goes to Warner's great looking new disc of Mongol, Sergei Bodrov's Genghis Khan bio-pic (a deserved nominee for Best Foreign Language Film in 2007).

I don't want to oversell Mongol. My colleague Barbara Goslowski, reviewing the film in these pages, noted that "this revisionist history of the early life of Ghengis Khan leaves one baffled and unconvinced" and while I don't completely agree, she has a point; the film's theme seems to be, at least on some level, that Tyrannical Conquerors Are People Too. There's also more than a whiff of unintentional Conan the Barbarian-itis, which is to say that Bodrov treats the story as if it was vintage pulp at the same time he's justifiying all the ubermensch-ian blood and guts with the sad fact of its protagonist's victimization as a child. Those cavils aside, though, the film is mostly quite stunning in a pictorial sense, the battle scenes are suitably epic, and you get a real feel for the sort of immense strangeness of Khan's world; in a weird but satisfying way, Mongol feels like sci-fi rather than history. Here's the trailer for a taste.

Fiction Film With the Most Memorable Battle Scene(s)!!!

5. Alexander Nevsky (Sergei Eisenstein, 1938)
The famous Battle on the Ice sequence, still a knockout after all these years. Consumer note: Nevsky was restored in 1995, with the Prokofiev score newly recorded in stereo; unfortunately, that version, which was out on VHS and laserdisc, is still not on DVD.

4. Glory (Edward Zwick, 1989)
Black soldiers in the Civil War, and deeply moving stuff. But be warned: Zwick stages the first big battle with more gore -- a lot more -- than you may be prepared for.

3. Saving Private Ryan (Steven Spielberg, 1998)
The Omaha beach landing scene is probably the most harrowing thing of its kind in screen history. Watched it at home once, in surround sound, and I swear I could actually feel the air moving past my ears as the bullets flew. Visceral isn't the word for it. 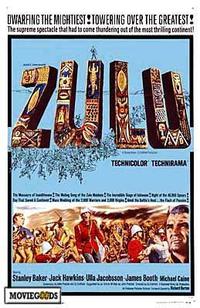 2. Zulu (Cy Endfield, 1964)
The Brits versus the titular Zulus, featuring Michael Caine in his screen debut. One of the best action movies ever made, actually, with some hand to hand combat scenes that are still startling in their realism. Peter Jackson has admitted cribbing from it for the Battle of Helm's Deep sequence in Lord of the Rings: The Two Towers.

And the all-time greatest battle scene(s), it's not even close so don't give me a hard time or swear to god I'll smack you, can obviously be found in --

1. Five Million Years to Earth (Roy Ward Baker, 1967)
Vast armies of alien insects are glimpsed, via a psychic link to videotape, wiping out the ancestors of humanity. Yes, it's low-budget, grainy, and by the standards of today's CGI effects fairly primitive, but it's also spooky beyond belief. There's supposed to be a remake in the works, BTW.