[As you may have heard, I've been in Paris for the last several days -- excuse: vacation! -- so I haven't had a chance to check out this week's video releases. Have no fear, however; our DVD Event of the Week will return at its accustomed time next Friday for our first post-election edition. In the meantime, here's a golden oldie -- from way back on June 7 -- with a new participatory kicker.]

My final thoughts on the Sex and the City movie: It's longer than Parsifal and with fewer laughs.

Okay, not really, but in all seriousness, about halfway through the thing it finally dawned on me exactly what has always bothered me about the whole SATC phenomenon. The movie itself, of course, is just a garden variety shoddily made romantic comedy. I mean, forget the fact that Sara Jessica Parker looks like she was lit by Stevie Wonder, or that the men are all unlikeable weenies, or that the funniest joke in the whole interminable two hours twenty two minutes is about diarrhea, or that what little sex is actually on screen is utterly joyless. What you're left with is still no better or no worse than another recent by the numbers flick like, say, What Happens in Vegas.

No, the real problem is that the film (and, looking back, the show) is, essentially an obnoxious 80s Reagan Era yuppie consumerist glitz fantasy run amok, and then dropped down, inappropriately, into the 21st century, where it pretends (against reason) to be hep and now and cutting edge. In other words, Carrie and her designer shoe and Cosmo obsessed pals are essentially the pathetic, slightly over the hill trendoids of Absolutely Fabulous. Only without that show's knowing irony.

Or to put it somewhat unkindly, the fact is that these women.... 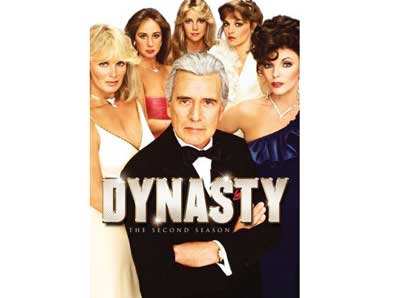 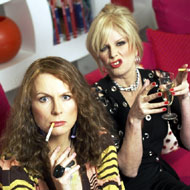 Okay, that said, and beause it will be a little quiet around here till Monday, here's an obviously relevant little project for us all:

Most Memorable Film With a (Mostly or All) Female Ensemble Cast!!!

And my strictly top of my head Top Five would be --

5. The Women (George Cukor, 1939)
Another winner from Hollywood's Annis Mirabilis, natch. Albeit with reactionary feet of clay.

4. The Group (Sidney Lumet, 1966)
Daring for its time filming of Mary McCarthy's thinly veiled roman a clef about her days at Vassar. Featuring the great but doomed Elizabeth Hartman.

3. Gentlemen Prefer Blondes (Howard Hawks, 1953)
Is it a stretch calling Marilyn Monroe and Jane Russell an ensemble cast? I suspect not...

2. The Beguiled (Don Siegel, 1971)
Clint Eastwood as a wounded Civil War soldier rescued (sort of) by the faculty and students of the most sexually repressed girls school in the history of cinema. 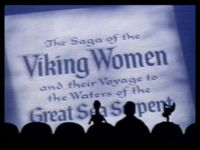 And the most memorable Gal Pal flick of them all, it's so obvious that if you even attempt to argue with me about this I will come to your house, slap you silly, and then go after your family, obviously is --

1. The Saga of the Viking Women and Their Voyage to the Waters of the Great Sea Serpent (Roger Corman, 1957)
From the movie poster: "Fabulous! Spectacular! Terrifying! The raw courage of women without men lost in a fantastic Hell-on-Earth !" From his autobiography, Corman mostly remembered it for having special effects that were wonderfullly cheesy even by his standards.

Tags: Sex and the City, Parsifal, Sara Jessica Parker, Stevie Wonder, What Happens in Vegas, Absolutely Fabulous, The Women, The Group, Gentlemen Prefer Blondes, The Beguiled, The Saga of the Viking Women and Their Voyage to the Waters of the Great Sea Serpent
Print