Talent Is An Asset 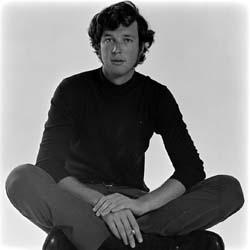 Meanspirited admission: I hated Michael Crichton, the best selling novelist who died yesterday at the way too early age of 66. Not because of his politics, although his whole Global Warming is Caca campaign of the last several years was somewhat troubling. No, I hated him because not only was he brilliant, talented and successful, he was also 6'9" tall and ridiculously good looking. Let's face it -- sometimes God The Flying Spaghetti Monster just gives some people too damn much.

But anyway, because I hated Crichton as only a short non best-selling novelist can, by way of an obituary I would simply like to remind everyone that even he, occasionally, turned out a real stinkeroo.

Consider then, if you will, the 1981 not-so-classic Looker, which he wrote and directed.

Vintage Eighties cheese, Looker is the story of Beverly Hills plastic surgeon Albert Finney, a man who's getting stinking rich doing minor reconstructive work on a bunch of TV models working for a sinister ad agency run by the amazing cheekbones that are Leigh Taylor-Young. Eventually, a bunch of the models start offing themselves, and although the audience instinctively understands that this is a sensible reaction to the utter vacuity of their lives, suspicion falls upon Finney. Working with Susan Dey, an at risk model unaware of her future employment on L.A. Law, Finney ultimately uncovers the Grand Paranoid Conspiracy behind the girls' deaths, and lives to give Botox injections to a whole new generation of supermodels in the years ahead.

Think I'm kidding about this? Then order the DVD, if you must, here.