The phrase "beautiful and talented" is a cliche of Wagnerian proportions, of course, but if it applied to anybody, it would be Oscar nominated actress Nina Foch, who passed away Friday. 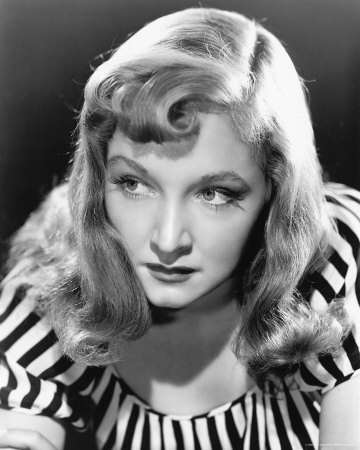 The Dutch-born Foch, who was married for a time to Inside the Actor's Studio host James Lipton, got her Hollywood start in the B-horror classic Cry of the Werewolf (1944) and in subsequent years was cast mostly in character parts that made good use of her patrician sex appeal, in particular her Academy Award nominated performance in Executive Suite (1954) opposite William Holden. In subsequent years she appeared in countless film and TV roles from The Outer Limits to NCIS (she was the first murder victim on Columbo), but she's perhaps best remembered for her turn in Spartacus (1960), as part of a mother/daughter team of decadent Roman aristocrats deciding which of the gladiators at Peter Ustinov's school will have the honor of dying in the arena. It is perhaps a sad commentary on contemporary life that when that scene is discussed today, the vaguely offensive term "cougar" inevitably gets trotted out.

She was still teaching at USC's School of Cinematic Arts when she became ill last week.