Back to the Future: The Final Chapter 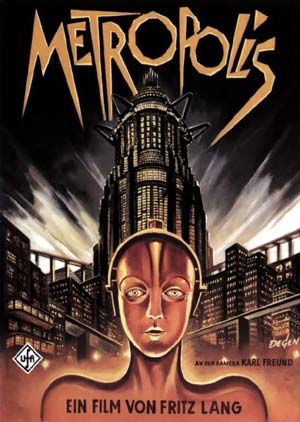 Readers who've been been with us since back when the world and this blog were young may recall that one of the first things I posted here -- in July of 2008 -- was what I called "the most exciting film news of the year, if not the decade."

I was referring, of course, to the discovery of presumed lost forever footage from one of the greatest movies ever made -- Fritz Lang's 1927 sci-fi classic Metropolis.

The good news? After two years, the Metropolis restoration has been finished, and apparently it's stunning. The premiere happens on February 12.

The bad news? You have to be in Germany to see it. And I really doubt BOX OFFICE is going to fly me over there.

From The Hollywood Reporter:

COLOGNE, Germany -- A restored version of Fritz Lang's original cut of his silent classic Metropolis will have its premiere Feb. 12 at the Friendrichtstadtpalast as part of the 60th Berlin International Film Festival. Lang's science fiction opus premiered in its original 153-minute version at the Ufa Palast in Berlin on Jan. 10, 1927. But it was a huge flop with audiences and critics at the time and was chopped down substantially. Much of the original footage disappeared and was thought lost forever.

Even the famed 2001 restored version of Metropolis, which also premiered at the Berlin festival, was a good half-hour shorter than Lang's original. But [in 2008], an original 16mm negative print, likely the last in existence, was discovered at the Museo del Cine Pablo in Buenos Aires. The Wilhelm-Murnau Foundation, together with broadcasters ZDF and Berlin art and film museum the Deutsche Kinemathek, have restored the film to its original form. Conductor Frank Strobel and the Berlin Rundfunk Symphony Orchestra will accompany the gala screening with a version of the film's music based on the original score by Gottfried Huppertz.

As I said, tremendously exciting news, and one can only hope that the video version will be available shortly. (The aforementioned 2001 restoration, also done by the Murnau Foundation and featuring that superb Huppertz orchestral score, can be found on a DVD set from Kino International, who presumably will have first dibs on the upgrade).

That said, I feel obligated to reiterate something from my original post, as embarassing as it may be. To wit, that the supposedly "lost" film I'm really waiting for is, shall we say, on a slightly lower esthetic level. Yes, god help me, it's the 1940 Republic serial Drums of Fu Manchu, no complete 35mm print or original negative of which has survived from the Republic vaults. There's a serviceable video version available from VCI, but it seems to derive from a merely okay 16mm; even in that ultimately unsatisfactory transfer it lives up to its rep as the greatest serial of them all, and I weep for how good it might look if a better version is actually out there. 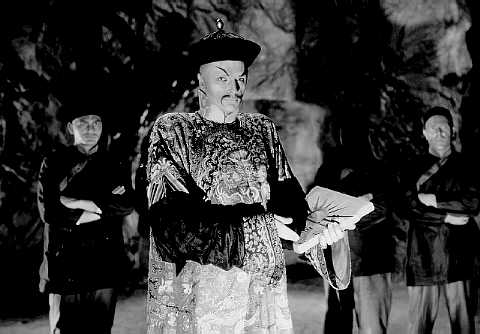 Of course, as certain fanboys suggested here, this probably proves that I'm some sort of an Art House snob.