Hey, I know we're all feeling warm and fuzzy on the second full day of the Obama administration -- Motto: America - We're Not Insane Anymore! -- but at the risk of being the proverbial skunk at the garden party, there are disturbing signs of the End Times emanating from Hollywood this morning. Beginning with the fact that Paul Blart: Mall Cop, the not all that funny Kevin James comedy I described yesterday as "Paul Blart: Mall Cop with fat jokes and better product placement" surprised everybody by opening at No. 1 at the box office, taking in $39.2 million in its first four days of release. 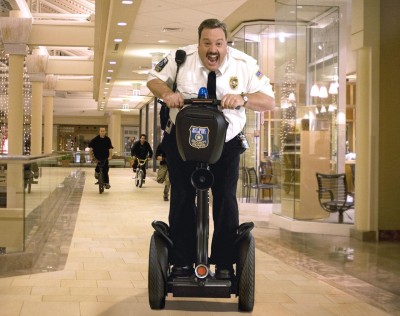 And as if that wasn't scary enough, it now turns out the film's success is, as was said in A Hard Day's Night, an early clue to the new direction.

From the New York Times:

In April, Seth Rogen (of Knocked Up and Pineapple Express) will assume the role of retail protector in the Warner Brothers comedy Observe and Report, in which he plays a frustrated mall cop who must team up with a high-strung detective (played by the Goodfellas star Ray Liotta). And last week, the Fox network ordered a pilot episode for Walorsky, a television comedy about a former police officer turned shopping mall guard who is charged with training a new recruit.

After disquieting news like that, further commentary by moi is perhaps superfluous, but I can tell you that as a result I've scheduled a pitch meeting with the Weinsteins for later today. High concept: A remake of the 1968 Jean-Luc Godard anti-Bourgeois Capitalism classic Week End...

...as an action comedy in which understaffed terrorists hijack... 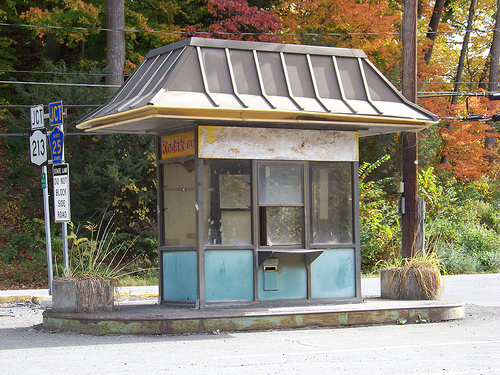 ...one of the former Fotomat booths now ubiquitous in the Los Angeles area.

I'll let you know how it goes. In the meantime, perhaps you should think about Rapture insurance.