Tales From the Z-List (An Occasional Series)

Talk about Encounters With Greatness. Some years ago -- I don't want to bring the Spanish American War into this, so let's just say it was the early '90s -- I had an amusing and occasionally alarming gig reviewing videos over at Time/Warner's Entertainment Weekly, an admittedly interesting journal of the arts whose insistence on assigning letter grades to all aspects of human endeavor nonetheless gave me pause from time to time. In any case, on one occasion, I was asked to critique a certain low budget horror flick for them, and therein lies a tale.

Is Baltimore the weirdest city in America? After all those John Waters and Barry Levinson movies, you certainly might think so, and now comes this opus, which posits that the town of Hairspray and Tin Men is under seige by a malevolent ancient spirit named Maxim Xul. Even weirder, only a local university professor played by the unforgettable former TV Batman Adam West can save the city from this Xul-derived urban blight. As you may have gathered by now, nothing in this otherwise standard piece of horror nonsense is particularly scary (or even coherent), but West - looking and sounding like Rich Little doing Richard Kiley - hams it up entertainingly in the Van Helsing role and director Arthur Egeli stage-manages the proceedings with a visual flair that occasionally belies his modest budget.

Incidentally, alert genre enthusiasts will recall Xul as the ancient Babylonian demon in female form who wreaked havoc on New York City in Ghostbusters. Why Maxim Xul's writers have revived the character is a mystery that may perhaps never be solved, but let us be grateful that they did, if only for giving us the first horror flick in memory whose monster's secret alter ego is named Phyllis. [B-] -- Steve Simels

After the piece ran, I pretty much resisted the urge to rest on my laurels and moved on with my life. But a few weeks later, my editor at EW sent me a package of new stuff to review -- including, if memory serves, an amazing flick starring a certain raspy-voiced comedienne as a giant mutant killer French Poodle, about which I will have more to say tomorrow -- and with it was a very nice handwritten note (addressed to me and forwarded to the magazine) from Maxim Xul director Arthur Egeli himself. Egeli thanked me for my kind words, going on to say that my line about his skill with limited resources had so impressed some potential backers that he'd been able to raise funding for his next film on the basis of it. This made me feel pretty good, as you can imagine -- like a patron of the arts, or something.

Of course, you youngsters may find this hard to believe, but back in 1991 we didn't have the Intertubes or search engines, and I kind of lost track of Arthur after that. Still, I always wondered what happened to him and that next film, so the other day -- when Maxim Xul inexplicably popped into my head -- I googled his name. Imagine my surprise, then, to discover that he had unsuspected depths. From his official biography:

Born in Valley Lee, Maryland (April 2, 1964) Arthur Bjorn Egeli is a third generation painter. His Norwegian-American grandfather, Bjorn Egeli, painted official portraits of Nixon and Eisenhower, and his parents, Joanette and Cedric, are among the most sought after portrait painters in the country.

Here are the the three Egeli men, doing what they do best. That's Arthur on the left, obviously. 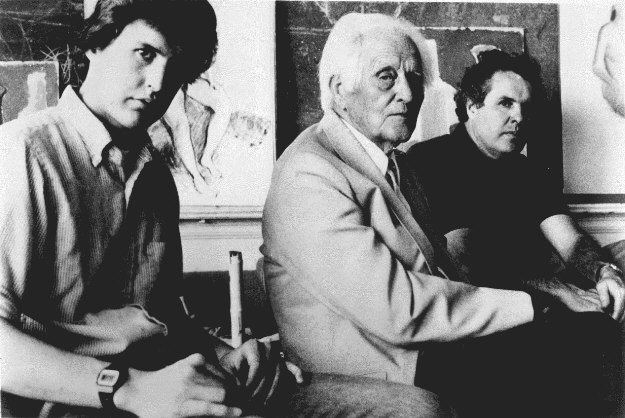 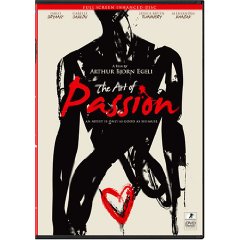 You can read more about Egeli's estimable career, and view some of his quite impressive portraiture, over at his official homepage; if you're ever in the vicinity of Provincetown, Massachusetts, be sure to stop in at the Egeli Gallery, where perhaps you can even shake the Great Man's hand in my stead. Maxim Xul, alas, has never been on DVD, and the tape is out of print, but you can find a copy over here cheap.You can order a DVD of that aforementioned next (and obviously more personal and serious) 1994 film, the semi-autobiographical The Art of Passion -- which we are assured "glows with an aura of emotional and intellectual authenticity that lifts it above conventional coming-of-age stories" -- via Amazon as well; here's a link for the trailer, if any of this has piqued your curiosity.

In the meantime -- Arthur, dude, if we ever meet you obviously owe me an adult beverage.