Monday Shameless Post-Oscar Filler: Hey, They Can't All Be Brilliant 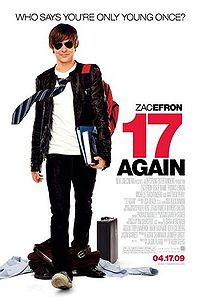 Well, I have little to say this morning about last evening's Academy Awards show, an extravaganza that perhaps only seemed to be longer than Parsifal but with fewer laughs. I will state for the record, however, that my mom was deeply gratified that neither Brad Pitt or Angelina Jolie went home with a statuette, on account that she's still highly irked at what the two of them did to that lovely Jennifer Aniston. I might also add that by about halfway through the second of those Five-Celebs-No-Waiting manual catharsis roundelays they staged to introduce the actor awards (in lieu, for some misbegotten reason, of simply showing clips from the nominated performances) I had an almost overwhelming urge to insert shishkebab skewers in all of my cranial orifices. And I must admit I thought the tribute to Jerry Lewis was both dignified and long overdue, although I do think it was a goddamn shame that nobody had the heart to tell the poor dope that his barn door was open throughout the entire acceptance speech.

Okay, I made that last bit up.

In any case, that out of the way, I would like to mention that I was at my local Hell Octaplex over the weekend (more on that score tomorrow) and that I saw a trailer for a forthcoming (April 17th) film that will definitely not figure at next year's Oscar ceremony, unless the Academy institutes a new category for Picture That Most Insults the Intelligence of All Sentient Mammals. I refer, of course, to 17 Again, a putative comedy whose basic premise -- an adult in mid-life crisis is somehow magically transformed into a teenager, thus allowing him to work through all those pesky high school issues he never really dealt with -- is of course totally unfamiliar from several other previous superior flicks starring Tom Hanks, George Burns or Jodie Foster.

At this point, alert readers will doubtless be asking themselves "Gosh darnit, Charlie, how can Steve be so sure that 17 Again is going to suck?"

Short answer: casting. Which is to say that the filmmakers would have us believe that Friends star Matthew Perry, playing the adult --

-- in his teenage years.

Coming tomorrow: The Jonas Brothers ARE The Three Musketeers in Michael Bay's Transformers Meet The Man in the Iron Mask!